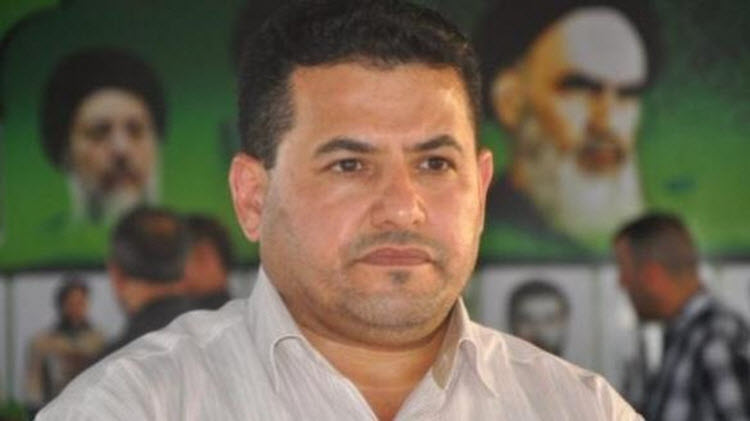 London, 31 Jan – An article in  Al Arabiya, published Tuesday, January 31, reports that on Monday, after the resignation of former minister Mohammad al-Ghabban, Qasim Mohammad was appointed Iraq’s Minister of Interior, He is a commander of the Iranian terrorist Quds Force installed in the Iraqi 9th Badr Corps.

Qasim Mohammad Jalal al-Araji was born in the southern Iraqi city of Kuts, some fifty years ago. He is married, with four children. He studied accounting at the Ayatollah Motahhari University in Iran, and Islamic studies in the Imam Kadhim Institute.  He moved to Iran a few years after the Iranian revolution. He joined the Revolutionary Guards Quds Forces and was enrolled in the Badr Corps. He was trained to fight Iraqi forces during the Iraqi-Iranian war.

Sources at the Iraqi Ministry of Interior told al-Arabiya that initially Araji was with the Iraqi army in 1984, and that he was involved in the war against Iran. After being captured by Iran, he pledged allegiance to the Iranian regime and joined the pro-Iranian Badr corps.

There are only two choices that face a detainee captured by the Iranian government. One, is to pledge allegiance to Iran and have special privileges, the other is refusal, and a consequential stay in jail.

Araji chose to pledge his allegiance.  Once he did, he was transferred to the Revolutionary Guards training camp.

Badr Corps, established by Iran, are part of the Supreme Council for the Islamic Revolution in Iraq, and include various Iraqi opposition parties and figures. After the fall of the Iraqi regime in 2003, the Council changed its name to Islamic Supreme Council of Iraq and the Badr Corps turned into an organization that carried out Iraqi political work.

Much information has been circulated about Araji and his activities in Badr Corps in Iran. During the war Araji participated in military operations against Iraqi forces. He was then involved in intelligence work against the former Iraqi regime. He was elected as a member of parliament for the Waset Province In the last general election, and later was appointed as a member of the Security & Defense Commission and head of the Badr bloc in the parliament.