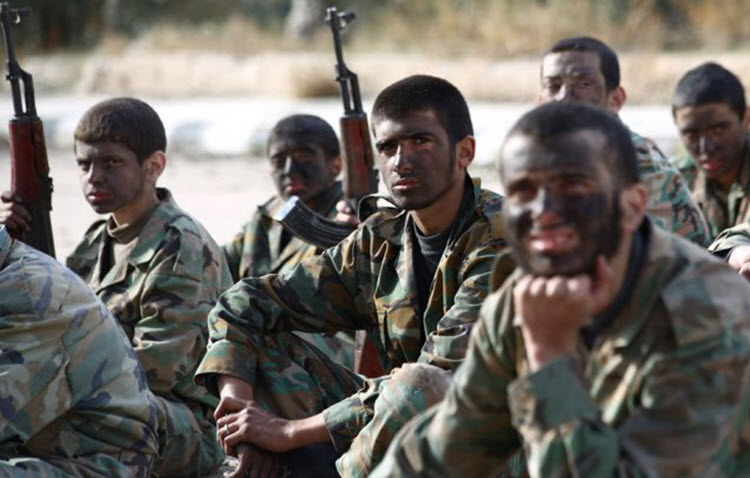 London, 23 Feb – The Imam Hossein University in Tehran has confirmed that the Islamic Revolutionary Guard Corps (IRGC) has been deploying students of military leadership to fight in Syria. The university, which is affiliated with the IRGC, said that this was part of an educational drive to train future officers.

Iran claims that its presence in Syria is to protect a Shi’ite holy site – the Zeinab Shrine in Damascus. However, since the beginning of the Syrian civil war, Iran has been there as a backbone for the Syrian regime. It has provided Assad with all sorts of support.

It is believed that a minimum of 100 students from the university have gone to Syria to train for combat situations.

A senior IRGC official, Morteza Saffari, commander of the “brass hat” division at the university said: “Some of the students sent for two-month training sessions got martyred (killed), many were injured and some have been deployed in Syria for a longer period.”

The last time Iran sent combat troops and faced casualties was the Iran-Iraq war towards the end of the eighties. It has been reported that approximately one thousand Iranian soldiers have died in Syria.

Some experts believe that this is nothing new – Iran is increasingly using Syria as a training ground for the IRGC. A retired Iranian general currently residing in Washington, Hooshang Aryanpour, said: “The handling of the Syrian crisis presented the first example of real life training opportunity for Iran’s military.”

Iran’s military is gaining a lot from being in Syria, as confirmed by Brigadier General Hossein Salami, deputy commander of the IRGC, who said last year: “We have gained technical and tactical advancements, militarily and in terms of intelligence collection.”

Rebel fighters confirmed that the role of Iran was clear during the decisive battles in Aleppo when the Lebanese Hezbollah and other Iran allies forced rebels out of the city in December.

A commander of the Free Syrian Army rebel group, Riad al-Asaad, said: “The IRGC and Hezbollah militiamen were the ones who retook eastern Aleppo from us. IRGC had brought many reinforcements to Aleppo, mainly new officers and students from its military academy.”

Military students took the lead on many battles near Homs and Damascus. Militias also played a big part as confirmed by a retired Iranian special forces commander: “The use of Shiite Afghans and Pakistanis, as well as Hezbollah and Iraqi Shiite militias in this conflict, was an unprecedented military experience for Iranian military units.”

Coalition kills 3 terrorists with ties to Iran in Iraqi capital