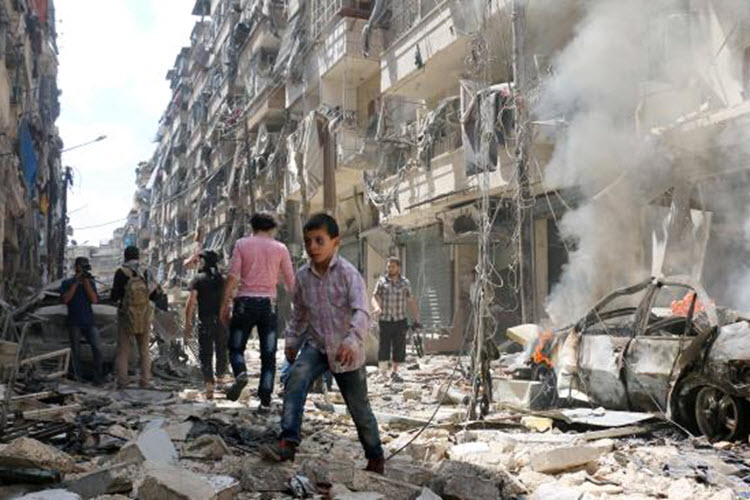 London, 27 Feb – The United Nations peace envoy said that the militant attack in Syria on February 25, was a deliberate attempt to end the peace talks currently underway in Geneva.

Suicide bombers, who were reportedly from the jihadist rebel alliance Tahrir al-Sham (an affiliate of al Queda), stormed Syrian security offices in Homs, killing dozens via gunshot or explosions. This caused the Syrian Government to launch airstrikes against the last rebel-held part of Homs.

The Syrian Observatory for Human Rights said that warplanes also carried out six raids on Douma in the eastern suburbs of Damascus, resulting in six deaths, and an air raid in Hama killed four people from the same family.

UN mediator Staffan de Mistura said in a statement: “Spoilers were always expected, and should continue to be expected, to try to influence the proceedings of the talks. It is in the interest of all parties who are against terrorism and are committed to a political process in Syria not to allow these attempts to succeed.”

De Mistura, who has been meeting with the Syrian Government and the rebels, to arrange talks for the peace process, warned that there were unlikely to be any breakthroughs soon, but also warned the opposing sides against allowing violence to derail the peace talks.

He said: “If anyone refuses to condemn this terrorist attack then he is an accomplice of terrorism and we will deal with them accordingly.”

He said that as of yet, he would not leave the talks.

The opposition did condemn the attack but accused the government of trying to derail the talks.

Basma Kodmani, a negotiator from the opposition High Negotiations Committee (HNC), said that those in attendance at the talks, and those in support of them, had kept to the ceasefire but questioned whether the government had kept to their terms.

Lead negotiator Nasr al-Hariri, said: “We condemn all terrorist acts done by all terrorist groups. If the Homs operation was done by any of those, it is clear what I say. They [the Syrian Government] just want to remain in power. The regime is trying to block the negotiations.”

Colonel Fateh Hassoun, a member of the opposition negotiating team, said: “What happened [on Saturday] is an operation the regime has implemented to retaliate through another action against civilians besieged for the past 3-1/2 years, and this is to send a message to the people, societies and the world that he is fighting terrorism.”

The Swedish – Iranian protest on the anniversary of the 1988 massacre

London, 29 Aug - Members of the Swedish-Iranian community and supporters...

The ‘Moderates’ Have Not Won in Iran