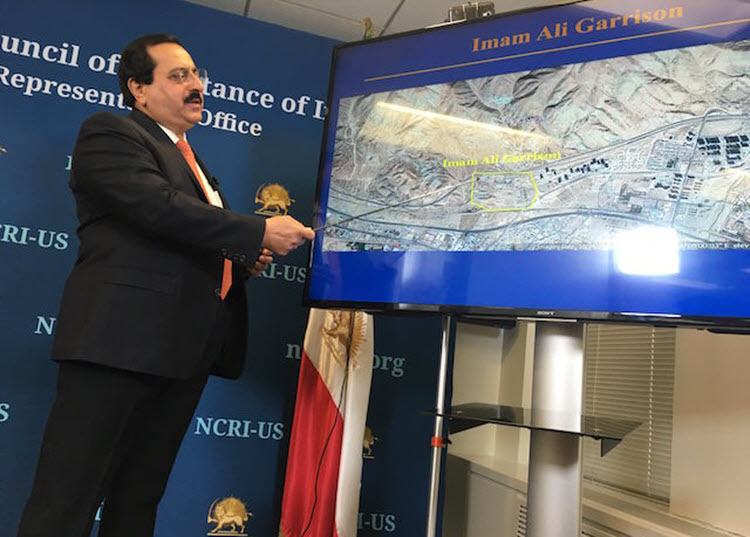 London, 9 Mar – There is much debate in the US on whether the Iranian Revolutionary Guards Corps (IRGC) should be put on the list on foreign terror organisations, which would subject them to sanctions.

Alireza Jafarzadeh, the deputy director of the Washington office of the National Council of Resistance of Iran (NCRI), wrote an op-ed for Fox News, advising the US Congress to blacklist the IRGC.

He notes that the IRGC controls much of the Iranian economy, with former public businesses, like railroads, the postal service, and banks, being sold to the IRGC under the guide of privatisation in 2005.

Other beneficiaries were the supreme leader, Setad (a multi-sector business organisation), the armed forces and ‘charitable’ foundations.

Jafarzadeh wrote: “The implications are better grasped in light of the fact that these institutions exercise virtually absolute control over all decision-making, legislative mechanisms, intelligence gathering, and access to significant budgetary commitments. The resulting powerhouses that have arisen act as the main players and the gatekeepers for western companies into the Iranian economy.”

The IRGC and the supreme leader now control about 50% of Iran;s GDP and that money funds terrorism.

It was recently revealed by Jafarzadeh at a press conference, that the IRGC has set up 14 terror training camps across Iran to train terrorist proxies to destabilise the middle east or to act as mercenaries in the Syrian Civil War on behalf of the Assad dictatorship.

He wrote: “Tehran is spending between $15-20 billion annually to fund the war in Syria, including at least $1B in salaries to its proxies. IRGC Qods Force commander Qassem Soleimani spends billions of dollars in Iraq to fund the Shiite militias and instigate sectarian violence. At least one billion dollars is provided to Hezbollah in Lebanon annually, and Tehran has poured at least 1.3 billion dollars into the coffers of Hamas.”

When Americans do business with Iran, they may well be filling the war chest of the IRGC and supplementing terrorism.

Jafarzadeh wrote: “The Trump administration now has a unique opportunity to help cut off resources to the IRGC and impose limitations on its profit-making, terror-funding operation, by designating the IRGC for what it is: a Foreign Terrorist Organization. Congress would certainly agree with this bipartisan issue.”

Jafarzadeh is credited with revealing Iran’s secret nuclear programme to the US in 2002.