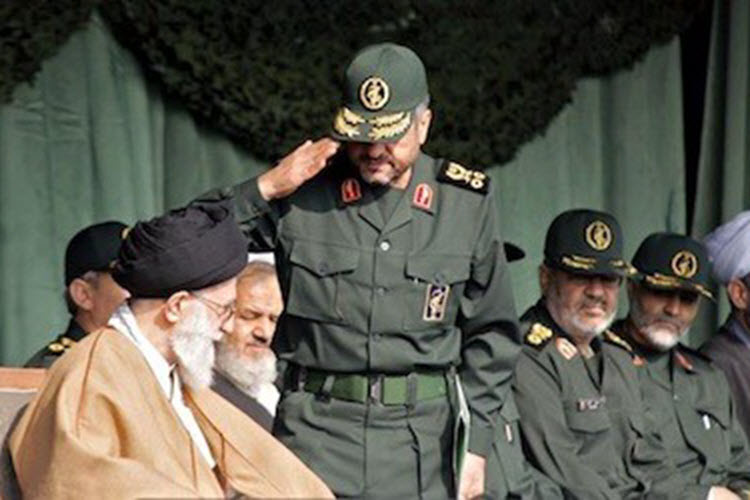 London, 30 Mar – For more than a decade, the Supreme Leader of Iran, Ali Khamenei, has been pursuing what could be described as a privatisation campaign. The aim is to gain more and more control over the economy of Iran so that the Revolutionary Guards (IRGC) and the Supreme Leader can take control of the country’s vast natural resources.

The National Council of Resistance of Iran’s (NCRI) US office recently published a study called “Rise of the Revolutionary Guards’ Financial Empire: How the Supreme Leader and IRGC Rob the People to Fund International Terror.” The paper shows how the Supreme Leader and the IRGC have been able to gain so much control of 14 different “economic super-hubs”.

The massively powerful “Setad Ejraiye Farmane Hazrate Emam” Headquarters for Executing the Order of the Imam has now got holdings of more than $95 billion.

Related institutions do not have any obligation to pay any taxes. However, the most ironic point is that some of these institutions receive annual budgets from the government of Iran.

As a result of this, over half of the country’s GDP is controlled by the IRGC and the office of the Supreme Leader. A lot of this income is spent on terrorist activities such as Iran’s intensive involvement in the ongoing Syrian civil war and its support of proxies such as Hezbollah (causing Yemen to plunge even deeper into conflict).

Iran also spends millions and millions of dollars on its nuclear program and its large range of ballistic missiles that threaten the West as well as its Middle Eastern neighbours. A large sum of money is also spent on fundamentalism and terrorism in Iraq.

Not all of the funds are exported or used abroad. The domestic crackdown is also a major spend for authorities who fear an uprising like the one in 2009. The Iranian people are getting more and more outspoken and bold in expressing their contempt for the ruling regime that is repressing and supressing their most basic rights. The authorities believe that cracking down on the public will put an end to dissent, but so far this has not been the case – in fact, quite the opposite.

What is shocking and worrying, but most-of-all unfair, is that the Iranian regime is using the country’s money to export terror around the globe. Reports indicate that as much as 15 to 20 billion has been used to fund the bloodshed in Syria. What about the people of Iran who are suffering in poverty? What about the country’s poor infrastructure? Funds that are wasted on wars abroad could make a huge different to Iran and its people.