AFP: The United States hailed new sanctions imposed by South Korea against Iran as increasing pressure on Tehran to return to the negotiating table to address concerns about its nuclear aims. 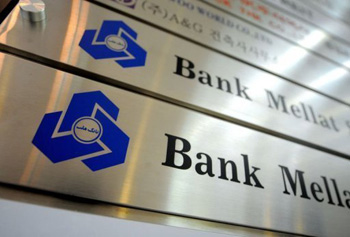 WASHINGTON (AFP) — The United States hailed new sanctions imposed by South Korea against Iran as increasing pressure on Tehran to return to the negotiating table to address concerns about its nuclear aims.

“These actions strengthen the growing international resolve to prevent proliferation and Iran’s development of nuclear weapons and to press Iran to return to serious negotiations on its nuclear program and meet its international obligations,” Secretary of State Hillary Clinton and Treasury Secretary Timothy Geithner said in a joint statement.

“We welcome in particular the Republic of Korea’s decision to impose sanctions in a number of Iranian economic sectors that have been exploited for proliferation-related purposes by entities and individuals of concern… and the establishment of a prior authorization system for financial transactions with Iran.”

Seoul earlier agreed to penalize a key Iranian bank and put all financial transactions with Tehran under strict government supervision, which Clinton and Geithner said would “demonstrate to Iran the consequences of its failure to meet its international obligations.”

It sends “a very strong signal to Iran that not only do we continue to have concerns about the nature of its nuclear activities but we’re taking aggressive action to further isolate Iran,” State Department spokesman Philip Crowley said.

South Korean Foreign ministry spokesman Kim Young-Sun said the government would impose a “heavy penalty” on the Seoul branch of Bank Mellat, which allegedly facilitated hundreds of millions of dollars in transactions for Iranian nuclear, missile and defense entities.

Kim did not elaborate but Yonhap news agency said the bank would likely face a two-month suspension.

In the wake of a fourth round of UN Security Council sanctions in June, South Korea joins the United States, Australia, Canada and Japan in taking unilateral measures to check Iran’s nuclear ambitions.

“The Republic of Korea’s robust inspections framework, its prohibition on the export of strategic, controlled items and its prohibition of new investments or sale of goods, services and technology to Iran’s energy sector will also further limit Iran’s ability to conduct its illicit activities,” Clinton and Geithner said.

The cabinet secretaries noted that the United States has taken “unprecedented steps” to engage with the Islamic Republic. The two countries have not had ties ever since the aftermath of the Islamic revolution of 1979 that overthrew the US-backed Shah Mohammad Reza Pahlavi.

“Additional pressure on Iran’s leaders is essential to making clear the choice Iran faces and to achieving the goal of a diplomatic resolution,” they added.

“The United States encourages other states to join this growing international consensus and take the necessary steps to ensure comprehensive implementation of UNSCR 1929.”

By Pooya Stone Only two months ago global media...