Iran Trying to Further Spread Its Influence in the Middle East 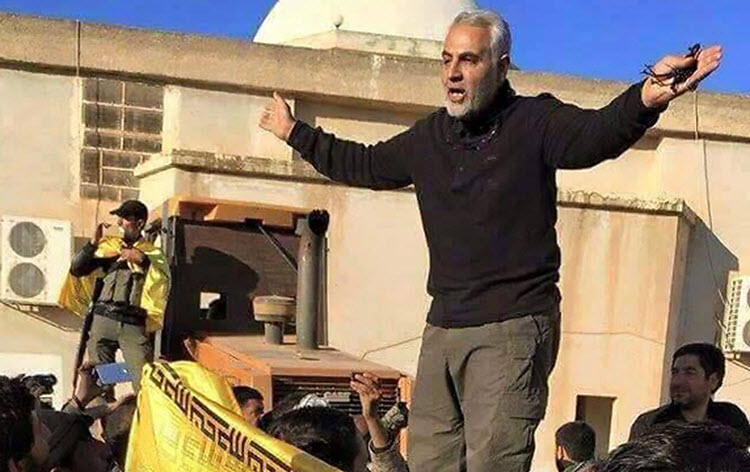 London, 27 Apr – Qassem Soleimani, the commander of Iran’s elite Quds Force, was spotted in central Syria earlier this month. It is the same area where Syrian President Bashar al Assad’s forces had been fighting a surprise rebel offensive which resulted in a high number of casualties.

The Quds Force is a special forces branch of the Iranian Islamic Revolutionary Guard Corps (IRGC).

Soleimani has more recently been spotted in Kirkuk in northern Iraq, apparently to negotiate a deal between the Kurds and Shi’ite militias regarding control of the city.

The visit is said to have lasted a number of days and during that time Soleimani insisted that Kirkuk should remain a city for all Iraqis. He does not think that the city should be annexed by the Kurds and he said that a military clash between the two sides should be avoided.

Soleimani’s role is expanding and rebel commanders in Syria are saying that he is the one behind Assad’s military strategy to retake the eastern half of the city of Aleppo that was controlled by rebels.

Analyst and intelligences agencies in the West are observing Soleimani to figure out what Iran has planned for Iraq and Syria. It brings up many questions, such as who will take control in these countries if ISIS is ousted from Raqqa and Mosul?

There are large numbers of Iranian forces in Iraq and Syria, as well as a huge amount of Shi’ite militiamen that are controlled by the Iranian Quds Force generals including Soleimani.

If it was not for the Iranian troops and the Shi’ite militias it controls, Assad would have lost the civil war in his country many years ago. As soon as rebel forces started to gain ground, Iran would intervene and provide heavy military support to Assad.

There has been a high number of losses for Iran in Syria. It has been said that since the beginning of 2013 over one thousand members of IRGC units including Quds Force members have died. A lot of these were Pakistani Shi’ites that were recruited by Iran. They were promised Iranian citizenship and money.

The international community is starting to react to the increasing presence of Iran in countries across the Middle East and comments have been made about its meddling abroad. The US Secretary of State Rex Tillerson said last week that Iran was involved in countless activities in the region that need to be addressed. It appears that the Iran nuclear deal will be the first area to be looked at – President Trump announced that the deal will be carefully reviewed very soon.

Iran would freeze enrichment for 6 months at most

Reuters: Iran could agree to freeze uranium enrichment for...

Iran adamant on uranium enrichment on own soil