Iranian Regime Fights US for Control of ISIS Strongholds in Syria 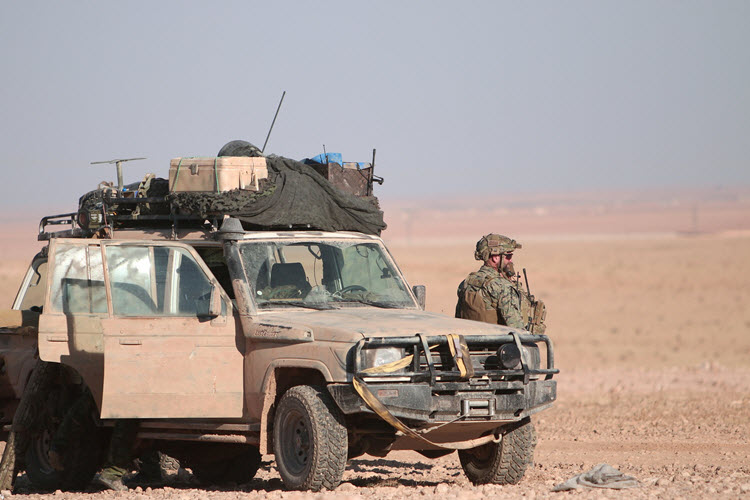 London, 8 Jun – The Iranian Regime forces are fighting the Americans to gain control of a former ISIS stronghold in southeastern Syria.

The American troops are using the garrison in Deir al-Zour province to train Syrian rebels in the fight against so-called Islamic State, so that they are able to fight back once the US withdraws.

The Iranian Regime wants control of the area because it is a key border between Iraq and Syria, which would allow them further control over the Middle East and cement their plans for a Shiite Crescent between the Persian Gulf and the Mediterranean Sea.

The Regime already brag that they control three capitals other than their own, Beirut, Baghdad, and Damascus but controlling the borders would allow them to smuggle weapons, troops, and funds to other authoritarian governments, like Bashar Assad in Syria, and terrorist cells, like Hezbollah in Lebanon, more easily.

Louisa Loveluck and Loveday Morris wrote in The Washington Post: “Victory for the Iran-backed force would give Tehran control of a large swath of the Syrian-Iraqi border, securing a land route through Iraq and across southern Syria to its proxy, ¬Hezbollah, in Lebanon. For the United States, control of Deir al-Zour brings a bargaining chip for the future and ¬demonstrates to regional allies its willingness to challenge Iran, ¬after Trump promised to roll back the country’s ‘rising ambition’.”

The US forces and their allies are currently surrounded by Iran-backed forces, but it is believed that the US will win this battle.

Aron Lund, a fellow at the New York-based Century Foundation, said: “At this stage, it depends less on what Assad and Iran do and more on what the United States does.”

Iranian-backed forces have twice this month been pushed back from the de-escalation zone by the US military, following a ceasefire agreement last month.

U.S. Army Col. Ryan Dillon, a spokesman for the U.S.-led coalition in Iraq and Syria, said last week the Regime forces were too close to the de-escalation zone and that coalition aircraft had dropped leaflets telling them to retreat.

Abu Waleed, a commander with the U.S.-backed rebel group Usoud al-Sharqiya, said: “We see the link clearly now. Accepting those de-escalation zones meant the regime and its allies were able to relax and move resources.”

So while the majority of the world want to defeat ISIS because of the threat they pose to the world, the Iranian Regime wants to seize power for themselves.

Emile Hokayem, a Middle East analyst at the International Institute for Strategic Studies, said: “The weakening of ISIS was always going to open a race for territory, dominance and influence. The aggressive tone coming from Washington incentivizes Iran to speed up its operations. The problem is that even what the U.S. sees as limited goals clash with more-ambitious Iranian ones.”

By Pooya Stone A former Royal Navy officer has...