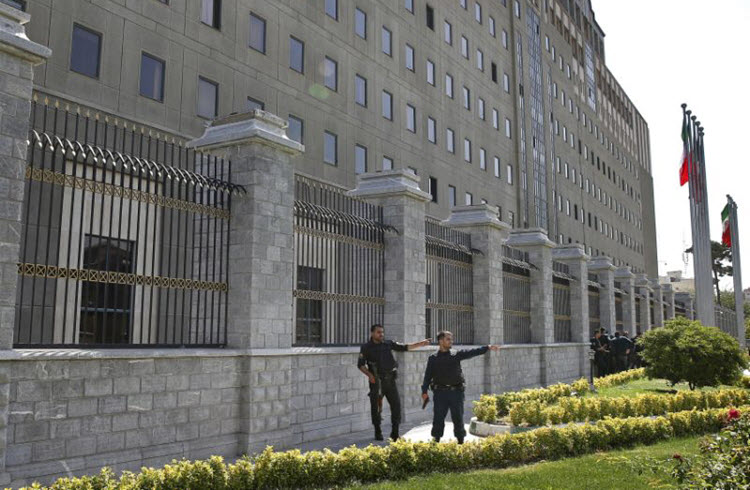 London, 8 Jun – Donald Trump has released a statement in which he offered solace to the innocent victims of the two terror attacks in Iran on Wednesday but criticised the Iranian Regime for its support of terror cells.

His statement read: “We underscore that states that sponsor terrorism risk falling victim to the evil they promote.”

They are known to fund terror cells like Hezbollah and Hamas, and have built terror training camps within their country as part of an effort to destabilise the middle east and take control by proxy.

The attacks, which took place at the Regime’s Parliament and the shrine to former Supreme Leader, Ayatollah Ruhollah Khomeini, have so far killed 12 people.

Trump’s statement came hours after State Department spokeswoman Heather Nauert said that the US Government and people are sending thoughts and prayers to the Iranian people.

She said: “The depravity of terrorism has no place in a peaceful, civilised world.”

It should be noted that the US and Iran do not maintain diplomatic relations and since taking office, Trump has been very clear about the need to control Iranian influence.

Despite the attacks, the US Congress went ahead with their prearranged procedural vote on extending sanctions against the Iranian Regime and its personal terror squad, the Revolutionary Guards (IRGC).

It imposes mandatory sanctions on people involved with Iran’s ballistic missile program and those who does business with them, enforces an arms embargo, and imposes terrorism sanctions on the IRGC.

Although some politicians called for a delay on the vote to allow the Iranians a period of mourning, the Senators pushed ahead as this bill does not seek to punish the ordinary Iranians, only those who support terrorism.

Sen. Bob Corker (R-Tennessee), the chair of the Senate’s Foreign Relations Committee, explained that intelligence gathered by and for the US was quite clear about the Regime’s support for terrorism.

Some were also concerned that this could have negative effects on the 2015 nuclear deal, following the “re-election” of “moderate” Hassan Rouhani, but it is worth noting that no one in the Iranian Regime is a moderate and that it is widely known that the Iranian elections were fixed.

The nuclear deal, which Trump promised to rip up on the campaign trail, has so far remained in place and last week, the State Department made efforts to preserve the deal by issuing a waiver to keep the sanctions from “snapping back”.

Given the benefits that the Iranian Regime gets from it, at the expense of the rest of the world, they are unlikely to end the agreement themselves.

US Senator: Britain not doing enough on Iran

AFP: On the eve of British Prime Minister Gordon...