Iran Regime Blames West for Terror Attacks in the UK 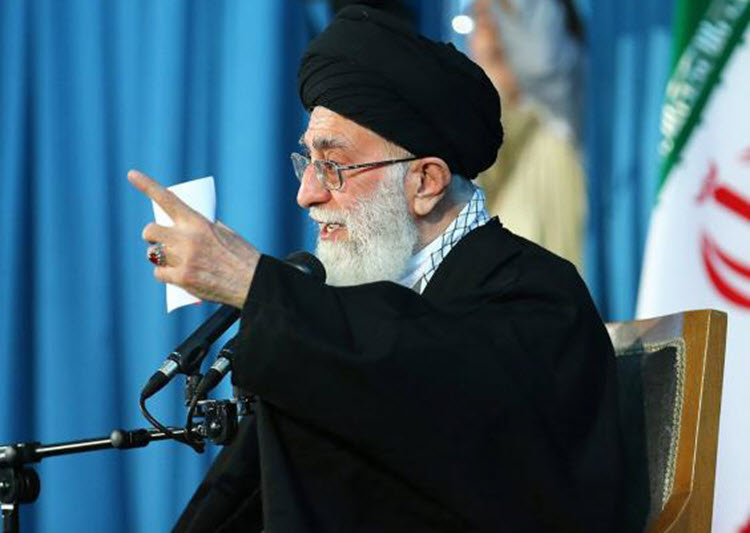 London, 19 Jun – The Iranian Regime has blamed the recent terrorist attacks in Britain on Western countries, claiming that they are responsible for the rise of ISIS.

In the wake of the June 4 attack on London, Iran’s Supreme Leader, Ali Khamenei, said: “Today, ISIS is driven from its birthplace in Iraq and Syria into other countries, going to Afghanistan and Pakistan, and even the Philippines, European countries and elsewhere. They began this fire and now it has set them ablaze.”

While Major General Mohsen Rezaii, secretary of the Expediency Council and former commander of the Iranian Revolutionary Guards (IRGC), tweeted of the May 22 bombing of a pop concert: “Terrorist explosion in Manchester is the result of Trump’s sword dance with the chief of terrorists.”

So Donald Trump performs a ritual dance with the Saudi King (referred to as the chief of terrorists by the Regime) and causes a terror attack in the UK? That makes sense to no one.

The Iranian Regime was obviously put out when Trump correctly identified them as a threat to peace in the Middle East and are lashing out in the most childish way possible.

The IRGC deputy commander, Hossein Salami, practically confirmed it, when he said: “Fifty heads of states gathered in Saudi Arabia and said Iran has an uncontrollable power. This is an honour for us.”

He also made comments about the UK’s security, which sound very threatening, almost if the Regime is predicting further attacks.

He said: “Those who regarded themselves as a security harbour are today faced with security problems such as the Manchester attack.”

The IRGC-affiliated Javan newspaper published an editorial which also attacked the UK for its security protocol.

It read: “The terrorist attack on Manchester must be considered the return of inevitable consequences of western states’ double-standard policy, including Britain’s terrorist phenomenon backfiring.”

These disgusting comments are all the more appalling, when you consider that they come from the country widely regarded as the number one state sponsor of terrorism. The Iranian Regime, who finances terrorist cells like Hamas, the Houthis and Hezbollah has the nerve to accuse the West of supporting terrorists.

This is not the first time that the Iranian Regime has seen fit to blame the West for terror attacks.

Following the November 2015 Paris Massacre, Iranian deputy chief of staff General Massoud Jazayeri said that the French have ‘paid the price’ for its support of terrorism and warned that other parts of Europe would see the same situations.

Mohammad Amin, a senior research fellow at the Paris-based Foundation for the Study of the Middle East, wrote an op-ed for American Thinker in which he stated that Iran’s statements bring the country nothing but disgrace.

He wrote: “Instead of distancing itself from terrorist attacks, Tehran attempts to relate them to its interests. The Iranian regime follows a theory, in Arabic called “Al-Nasrberoab,” meaning winning by intimidating others. Pursuing this theory allows Iranian rulers portray their weaknesses as strengths. They have been using this theory and benefiting from it.”

Amin concluded that the Regime would continue benefiting from this until the West puts aside the “misguided perception of Iran’s rulers being powerful”.