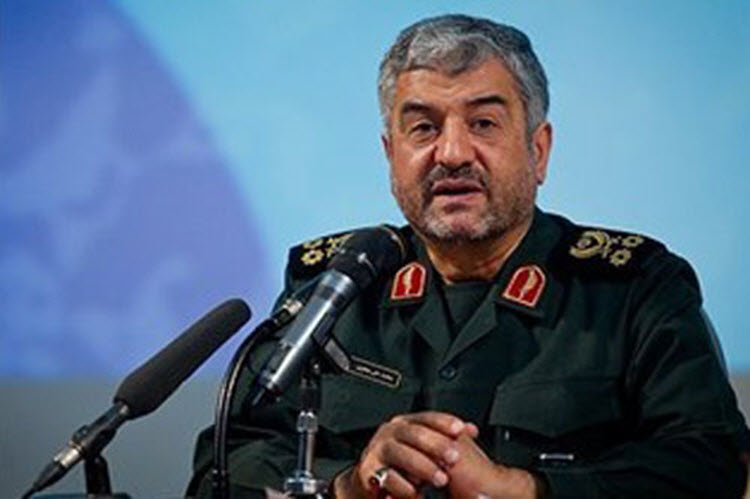 London, 21 Jul – According to Iran’s state run television, Mohammad Ali Jafari responded to the new U.S. sanctions over Iran’s ballistic missile program by warning, “If the United States wants to pursue sanctions against Iran’s defenses and the Guards, then it has to move its regional bases to a distance of about 1,000 km (620 miles) around Iran.” He said additionally, that the U.S. should also “be aware that it would pay a high price for any miscalculations.”

This implied threat comes after the Trump administration announced new, non-nuclear sanctions that target 18 Iranian individuals and groups who range from an Iranian-based company accused of aiding the country’s drone program to a Turkey-based provider of naval equipment and a China-based network that helped secure electronics for Tehran.

The new sanctions are perceived by Tehran as being the latest attempt by the U.S. to clamp down on Iran’s military financing.

However, Iran’s remarks that America should dismantle military bases within a thousand-mile radius of its borders should be viewed as the latest move in a series by both countries to ramp up tensions and the threat of open conflict.

The Iran regime is angry because it believes it has complied with the nuclear deal, also known as the Joint Comprehensive Program of Action (JCPOA) that it negotiated with the Obama administration and 6 other countries. The Trump administration has grudgingly admitted that Iran has been in compliance, but Trump hates the deal. Additionally, Washington now says that recent missile tests break the spirit of the agreement.

Some observers dispute that claim. They say that the agreement was designed to impose rigorous criteria and verification procedures, so that compliance could be clearly determined, and specifically left out the question of missile tests.

According to Iran, the U.S. is breaking the terms of the deal by interfering with western companies dealing commercially with Iran.

Still, Iran knows that the cost of striking American bases in Bahrain and Qatar would be enormous. What may be more likely are clashes between the U.S. forces and Iran in Syria.

In both Washington and Tehran, rival factions are increasing the tensions for political gain. Iranian hardliners are pushing the country’s ‘moderate’ government to take a firmer line with the U.S. The same thing is occurring in Washington, where a tougher stance on Iran is being driven by the White House and on Capitol Hill.

Calls for restraint should be heeded, before these threats lead to open conflict.

Iran’s petrol guzzling to be cut back further: president