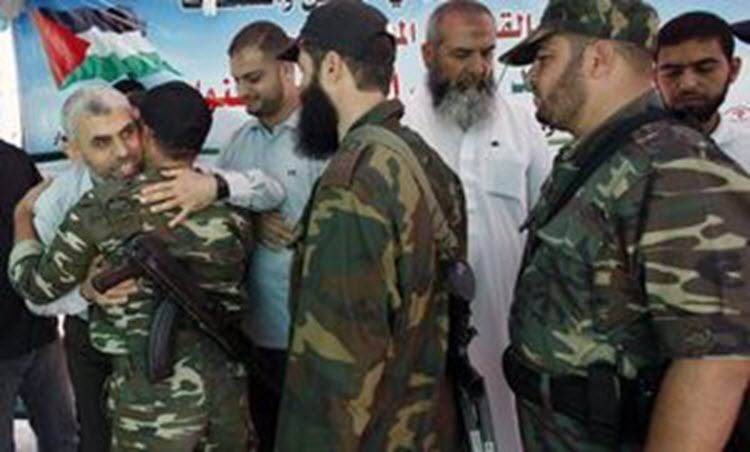 London, 30 Aug – The new leader of the Hamas terrorist group has confirmed that the Iranian Regime is now supplying them with money and weapons, after their five-year rift had been repaired.

Iran was once Hamas’ top backer but broke off ties in 2012 when Hamas refused to support Iranian ally dictator Bashar Assad, in the Syrian civil war.

Yehiyeh Sinwar, who was made leader in February, said: “Today, the relationship with Iran is excellent, or very excellent. [They are] the largest backer financially and militarily [to Hamas’ military wing]”.

Sinwar said the money would be used to make rockets, dig tunnels and train frogmen for the fight against Israel. He would not reveal the actual payment but prior to the 2012 split, Iran was giving Hamas $50 million a month.

Sinwar made this announcement as Israeli Prime Minister Benjamin Netanyahu was discussing his fears regarding the Iranian Regime’s advanced weapons factories in Lebanon and Syria and the threat that the Regime posed to the Middle East with UN Secretary-General Antonio Guterres.

He also accused the UN peacekeeping force in Lebanon (UNIFIL) of failing to prevent Hezbollah from smuggling huge quantities of arms into southern Lebanon in violation of the 2006 cease-fire.

UNIFIL’s commander, Maj. Gen. Michael Beary, said he has no evidence that weapons are being illegally transferred and stockpiled in the Hezbollah-dominated area of Lebanon.

Guterres said: “I will do everything in my capacity to make sure that UNIFIL fully meets its mandate. The idea or the intention or the will to destroy the state of Israel is something totally unacceptable from my perspective.”

Israeli officials have also voiced concerns that Iran and its Lebanese proxy Hezbollah are seeking to establish a permanent military presence in Syria, where they are both fighting on behalf of Assad.

Maj. Gen. Yoav Mordechai, the commander of COGAT, the defence body that is responsible for Palestinian civilian affairs, has blamed Hamas (and by extension Iran) for the poor conditions in Gaza and for exploiting civilians and aid programs.

He said: “The terror organization Hamas does not hesitate at all and repeatedly exploits the Gaza residents by attempting to take advantage of Israel’s assistance, despite the severe civil hardships in the strip.”

Reuters: Iran could have nearly $5 billion of cash...

Appeasing Iran? – Op-ed in The Hill