UN Adopted a Resolution on Human Rights Violations in Iran 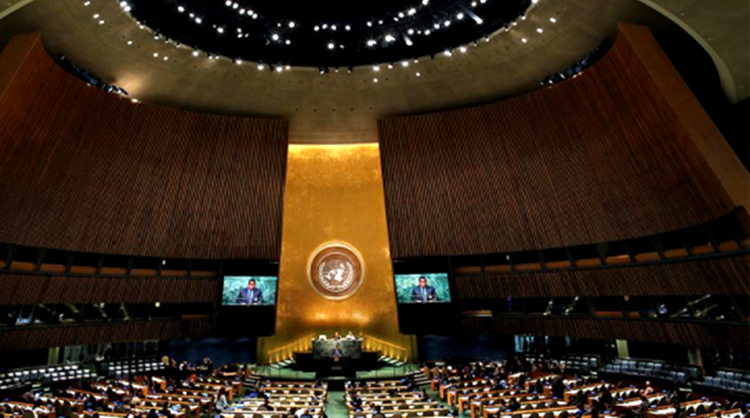 The UNGA, who voted on November 15, expressed concern over Iran’s use of the death penalty, especially for minor crimes, where a confession has extracted under torture, or its use against children.

Rajavi said: “The time has come for the international community to end the barbaric and systematic violations of human rights in Iran, particularly the mass executions, and undertake practical and effective measures.”

Rajavi notes that the Iranian Regime has committed at least 120,000 political executions; the Iranian Massacre of 1988 alone claimed 30,000 lives.

She said that this is “a flagrant violation of the values and principles the United Nations Organization has been founded on”.

The UN also urged the Regime to end restrictions on freedom of expression for the Iranian people and allow them to stage peaceful protests without fear of repercussions.

They called on the regime to release people who were imprisoned for exercising their human rights, and to remove the discriminatory practices against women and ethnic and religious minorities.

Rajavi said: “Since the Iranian regime’s leaders, high ranking officials and incumbent judiciary officials are the main masterminds and perpetrators of human rights violations in Iran, the United Nations needs to launch an independent investigation committee to probe the regime’s anti-human crimes and bring justice to those who ordered and carried out such crimes, particularly in the case of the 1988 massacre which is a true example of crime against humanity.”

This is the 63rd UN resolution condemning human rights abuses in Iran.

Most Americans back sanctions on Iran

Reuters: The falling value of the dollar is to...