Why Did Obama Hide Documents That Link Iran With Terror Group? 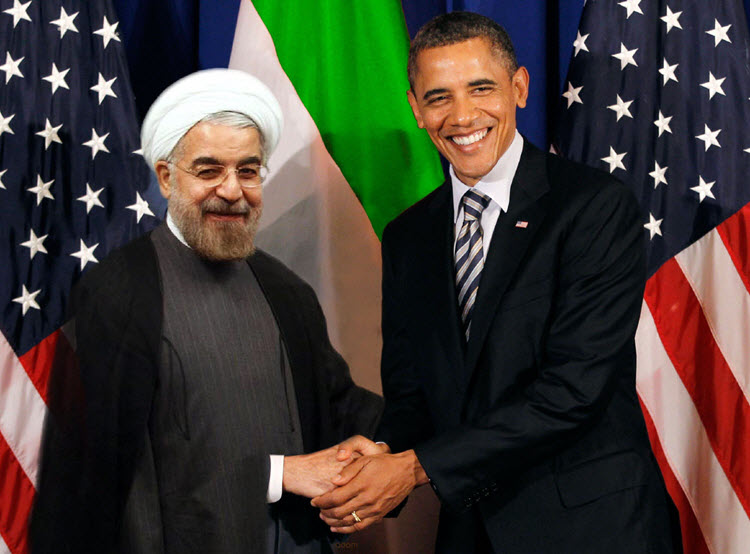 London, 11 Nov – A large number of documents that were seized during the raid on Abbottabad in Pakistan that killed Osama bin Laden were recently made public. The documents which included photos and computer files show that there are undeniable links between Iran and the terrorist al-Qaeda group.

Many have speculated as to the reasons why former President Barack Obama did not make the documents public, but it is very clear for all to see that releasing them would have ensured that the 2015 Iran nuclear deal would not have been finalised.

The documents also link Iran with Qatar and is another reason as to why the former President did not want the documents made public.

The President of the Foundation for Defense of Democracies Clifford May commented on this in an article that was published on Wednesday this week in The Washington Times. He said that senior experts at the foundation wanted the documents to be published and opposed the President’s decision to keep them under wraps. May said that they campaigned over the years for every single document to be made available to policymakers, journalists, researchers and the public.

He said that Osama bin Laden had praised the media of Qatar extensively in his memoirs and he said that there was a huge emphasis placed on the Muslim Brotherhood group’s impact in his approach to global jihad ideology.

However, despite all this, May said that the most relevant documents, in terms of the current political situation, is the assessment of more than a dozen pages of bin Laden’s documents dedicated to Iran. It reveals that Iran had provided al-Qaeda with everything that it needed, ranging from finance to weapons, visas, training, expertise, and so on.

The Iranian regime also provided many of the fighters of al-Qaeda with a safe haven. In exchange, al-Qaeda was instructed to strike US interests in the Gulf and Saudi Arabia in particular.

After the 9/11 attacks in the United States, al-Qaeda faced such a backlash that it would have been impossible for the group to stay intact if it were not for the assistance of Iran. In fact, documents show that the terrorist group’s main source of financing was Iran since as early as 2007. Iran also supplied it with a significant amount of personnel.

The two Shiite and Sunni sides would normally be on opposing sides, but they were able to put their differences aside in view of their shared enemy.

It has since become known that Trump’s Director of the Central Intelligence Agency, Mike Pompeo, wanted to publish almost half a million documents, computer files and images that were seized following the Pakistan raid.

Pompeo has also spoken out about the Foreign Minister of Iran, Mohammad Javad Zarif. Zarif had spent many years working through the Iran lobby in the United States and Pompeo slammed his efforts in ensuring that the documents were not published.

The Foreign Minister of Iran has effectively ensured that Iran’s links with one of the world’s biggest terrorist groups has been concealed.