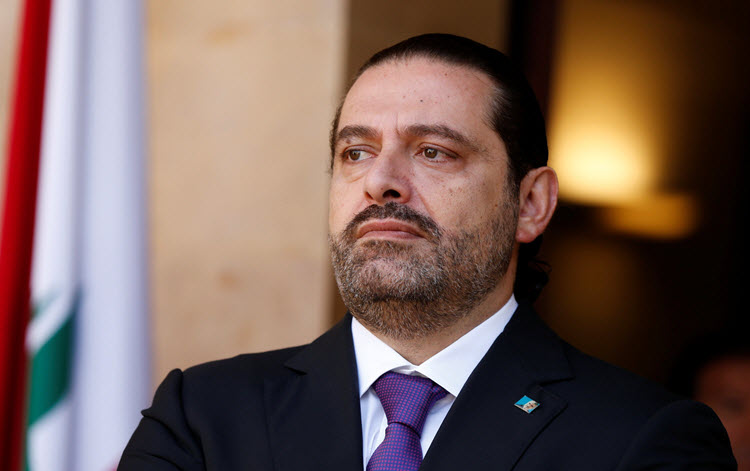 London, 13 Nov – The Iranian Regime is using its terrorist proxy Hezbollah to control Lebanon through destabilisation, according to the recently resigned prime minister, Saad Hariri.

In an emotional TV interview on Sunday night, Hariri said: “I am not against Hezbollah as a political party but it should not be the cause of the destruction of Lebanon.”

He resigned on November 4, in a live conference from Riyadh, because of Iran’s malign influence in Lebanon, stating that he feared that he would be assassinated by Iran and Hezbollah, as his father, Rafiq Hariri, was in 2005.

During the interview, Hariri said that he may withdraw his resignation in Hezbollah agreed to abide by Lebanon’s policy of staying out of regional conflicts. He hoped this would act as a wake-up call for Lebanon about the grave danger it faces from Iran.

He said: “Iran must stop meddling in the affairs of Arab countries and we refuse to be taken by Iran to an axis against Arab countries. I will not be drawn to building relations with the Syrian regime, which does not want me. Things have to be straightened out to keep Lebanon away from regional conflicts.”

Hariri rejected claims that his hand was forced by Saudi Arabia or being held against his will, noting that the Saudi King had treated him like a son. Last week, his office dismissed these claims as lies by the Iranian Regime to discredit the Kingdom. He said that he would return to Lebanon shortly.

Hariri said: “I am free to travel- tomorrow if I want to. I will be back in Lebanon in a few days. I don’t care about my life — what matters to me is that Lebanon stays safe.”

He also said that Saudi Arabia had helped rebuild Lebanon following the 2006 war with Israel and so Lebanese security was important to them.

Hariri said: “Lebanon is a small country and it needs to be nonaligned, and Saudi Arabia always demands the best for Lebanon and stresses the importance of distancing itself. What would happen to 400,000 Lebanese in the Gulf if we join an axis?”

Iran’s destabilisation of the Middle East- and Lebanon in particular- is part of their plan to build a Shiite Crescent from the Persian Gulf to the Mediterranean which would more easily allow them to transport weapons, money, and fighters to terrorist groups across the region. This is the same tactic they are following in Iraq and Syria. They need to be stopped before their objective is reached.

Iran – SSF build up before the anniversary of the uprising

Iran Focus: Since 3:00 am on Wednesday, State Security...

Russia says force not the answer on Iran