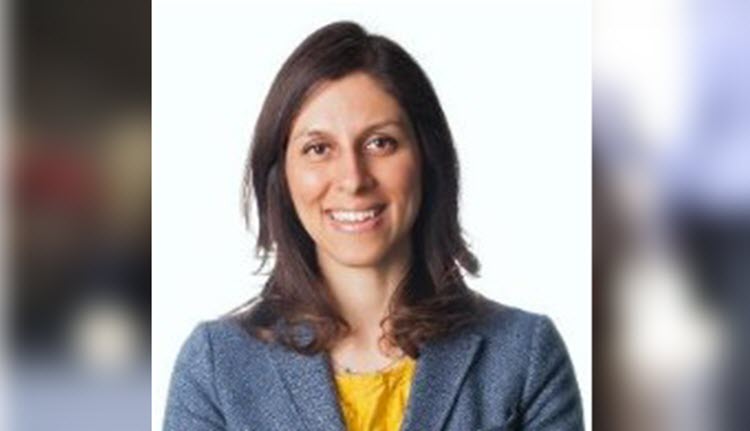 London, 13 Nov – A British aid worker falsely imprisoned in Iran has been brought to tears over comments from Conservative ministers over her reason for visiting Iran.

Nazanin Zaghari-Ratcliffe, who was arrested on charges of spying for the UK and attempting to overthrow the Iranian Regime whilst on holiday in April 2016, is understandably angry over the flippant remarks of Foreign Minister Boris Johnson and Secretary of State for Environment, Food and Rural Affairs Michael Gove.

Zaghari-Ratcliffe, a charity worker who had taken her baby daughter to visiting family for the Iranian New Year, is now being charged with ridiculous additional crimes against the Regime and the Iranian authorities are using the statements of Johnson and Gove as evidence against her and she could face an additional five years in prison.

Her husband Richard Ratcliffe spoke to her on Sunday and explained that Zaghari-Ratcliffe feels “on the verge of a nervous breakdown”.

He said: “She loses her temper over the smallest things. Everything annoys her, but [she] is unable to see why she gets so cross… [She is] quick to feel like others are ganging up. She noted that she is very down, that she cannot handle all this. It is too much pressure, as she becomes part of the hostile daily news.”

Ratcliffe also spoke to Johnson on Sunday, who expressed sorrow for Zaghari-Ratcliffe’s suffering, and arranged an in-person meeting this week.

Ratcliffe would not join calls for Johnson’s resignation because the instability would not help get Zaghari-Ratcliffe out of Iran.

He said: “Just as Tulip Siddiq is Nazanin’s Member of Parliament, and has pushed the government, Boris Johnson is Nazanin’s foreign secretary, her government’s voice vis-a-vis Iran. Both have a crucial role in the weeks ahead to stand up for Nazanin, and finally to bring her home.”

He continued: “As her husband, my complaint is not that Nazanin’s imprisonment has become a diplomatic incident this past week. It is that it wasn’t for the 19 months before. I thank everyone for their part in making that shift.”

While Mayor of London Sadiq Khan said: “I think it’s important that Boris Johnson clarifies the huge error he made … I’m hoping he clarifies his position, apologises and helps Richard and the family get Nazanin back home in London where she belongs.”

Following Johnson’s comments, Gove appeared on the Andrew Marr show to say that he didn’t know why Zaghari-Ratcliffe had been in Iran despite her family’s consistent explanation and the government’s official position that she went on holiday.

Gove replied: “I don’t know [why she was there]. One of the things I want to stress is that there is no reason why she should be in prison in Iran as far as I know.”

His response was quickly criticised by Jon Trickett, the shadow Cabinet Office minister, and an anonymous Tory backbencher, as clear attempts to save the skin of a colleague over a citizen held-hostage by a rogue state.

There are also fears for Zaghari-Ratcliffe’s health after lumps were found in her breasts and that she needs close supervision. The Iranian Regime is notorious for denying medical care to prisoners so she needs to be released as soon as possible.

Reuters: Germany said on Wednesday Iran had to prove...

Rafsanjani has no say in Iran’s nuclear policy – official