Iran-Backed Cell in Bahrain Is Identified by Authorities 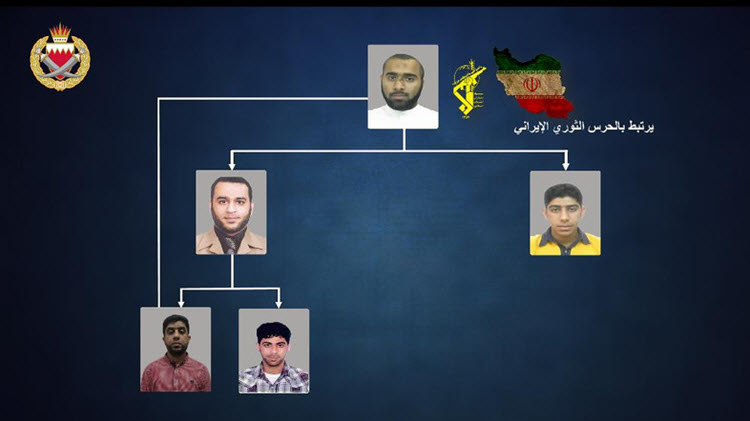 London, 16 Nov – Thirty-seven-year-old Zuhair Ebrahim Jassim Abdullah Abas was arrested by Bahraini authorities. The terror suspect was apprehended on charges relating to the attack on a police bus that killed police officer Salman Anjam and wounded nine others near the kingdom’s capital.

The authorities in Bahrain were also able to identify a cell that is being backed by Iran and they discovered several plots that it was involved in. One plot involved bombings in oil pipelines.

The chief of public security in Bahrain confirmed during a press conference earlier this week that Abas had been arrested. It has also been reported that his partner has fled to Iran.

A spokesperson from Bahrain’s interior ministry said that the attack on the bus was just a one of many terrorist acts that had been planned and carried out by the terror fugitives from Iran. They noted that there were strong links to Iran’s Islamic Revolutionary Guard Corps (IRGC).

They added that the terror cell was plotting to target “public personalities in Bahrain and launch attacks with explosives on three oil pipelines”.

It is believed that Abas is one of five members of a terror cell. He has been involved in several acts of terrorism and he had been trained on explosives and weapons inside Iran.

The five terrorists were in Iran in October 2011 and they travelled via Syria. None of their passports had been stamped at the border between Iran and Syria. Another trip was made to Iran in July this year.

Authorities in Bahrain said: “Cell members were trained by the Iranian Revolutionary Guard on how to plan and execute bomb attacks. This included training on how to plant bombs. The types of explosives used included TNT, RDX and C4. They were also taught how to make moulds for shaped charges, and received training on the technical aspects of bomb-making. They were trained to handle tasers, AK-47s, M16s, RPGs, and pistols.”

The authorities named the men. They were identified as: 28 year-old Mahdi Ebrahim Jassim Abdullah who had been sentenced in absentia to 30 years in prison for bomb-making activities and other terrorist acts; 39 year-old Mohammed Mahdi Mohammed Hassan who has been sentenced in absentia for robbery and rioting and is currently wanted for being a suspect in plotting terrorist acts, carrying out terrorist acts and the manufacturing of bombs; 28 year-old Qassim Abdullah Ali Ahmed (also known as Qassim al-Muamen) who lost Bahraini nationality because of terror related charges that he was sentenced to in absentia; and 36 year-old Sadiq Jaffar Mohammed Abdullah Al Tooq who is currently wanted in relation to the possession and manufacturing of homemade bombs and other terror-related charges.

Authorities in Bahrain are particularly concerned that Iran is using the small kingdom to further its own policies and ambitions for regional hegemony. The relations between Iran and Bahrain have been strained since the Iranian revolution and came to a head after Bahrain discovered that Iran sponsored a planned coup.