The US Considers Extra Measures Against Iran Arms Trafficking 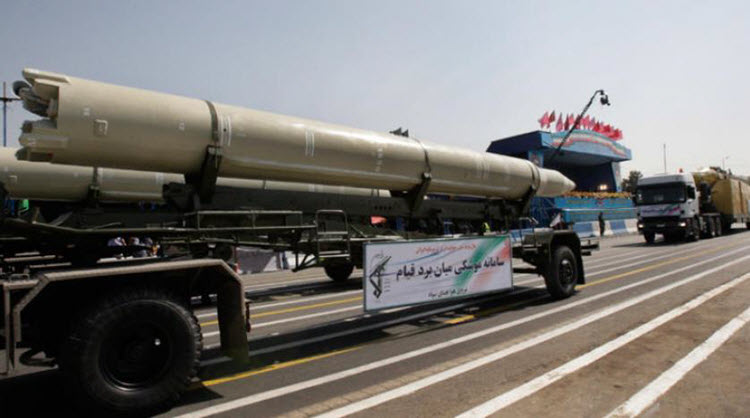 London, 20 Nov – The US is considering measures to strengthen Saudi missile defence systems in order to put a halt to the Iranian Regime’s arms trafficking in the Middle East, according to a report published on Saturday.

The idea is that by stopping the transfer of advanced Iranian-made weapons across the Middle East, regional destabilisation crises can be prevented or at least downplayed.

An official from the Donald Trump administration, who wished to remain anonymous, said: “The state of uncertainty is not serving anyone, but Hezbollah and its allies. The longer it goes on, the worse it is for Saudi interests and US interests and the interest of our friends.”

This move comes just two weeks after the Iran-backed Houthi rebels fired an Iranian-built ballistic missile against key US-ally Saudi Arabia, which the Saudis called a “declaration of war”.

Iran’s role in this attempted missile attack was first announced by Saudi Arabia, before being backed up by the US, France, and Britain.

Alistair Burt, the minister for the Middle East at the Foreign Office, said: “I am deeply concerned by reports that Iran has provided the Houthis with ballistic missiles, which threaten regional security and prolong the conflict. It is essential that the UN investigates these reports. The UK Government condemned the Houthi missile attack on Riyadh on 4 November, which deliberately targeted a civilian area and was intercepted over an international airport.”

The US official also confirmed that US forces working in the Persian Gulf could increase their efforts to confiscate Iranian arms shipments.

Ali Akbar Velayati, an adviser to Iran’s supreme leader Ali Khamenei, said that the Regime would not be asking for permission from other countries over its arms or missiles programmes.

The Iranian Regime has a long history of arming paramilitary militias like the Lebanese Hezbollah and the Houthis in Yemen, which have intensely destabilised the countries.

If the countries are rocked by infighting, it makes it easier for the Iranian Regime to take control especially via proxy groups like Hezbollah.

On Friday, November 17, French President Emmanuel Macron said that the Regime should be less aggressive in the Middle East and should clarify the strategy behind its ballistic missile programme.

Velayati greatly criticised Macron’s comments, claiming that France should not seek to interfere and that relations between the two countries may be severed if Macron pushed the issue.

He said: “What does this issue have to do with Mr. Macron? Who is he at all to interfere? If he wants relations between Iran and France to grow then he should try not to interfere in these issues.”

On Wednesday, November 15, France said that it wanted an “uncompromising” dialogue with the Iranian Regime over its missile programme, with the possibility of an agreement separate to the 2015 nuclear deal between six world powers and Iran.

AFP: Iran on Wednesday condemned a US air strike...