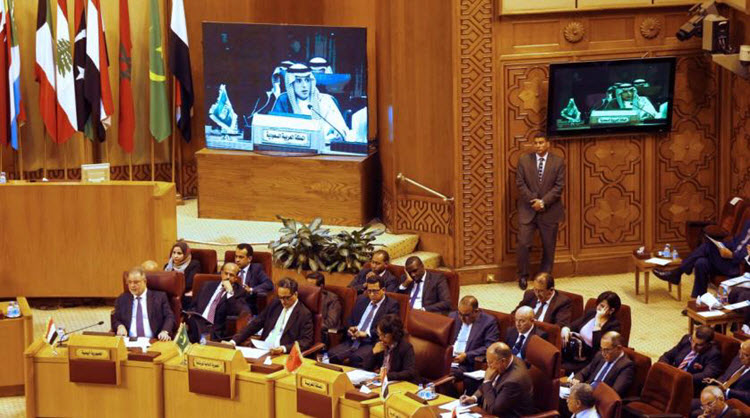 London, 20 Nov – Foreign Ministers from across the Middle East have condemned Iran’s regional meddling and approved preliminary measures to demand international action against the Regime through the United Nations Security Council.

At a meeting of the Arab League on Sunday, the politicians agreed that Saudi Arabia had the right to defend itself against Iranian aggression, specifically after the attempted ballistic missile attack earlier this month, courtesy of the Iran-backed Houthis in Yemen.

The Saudi Foreign Minister Adel al-Jubeir thanked the delegates for their response and noted that the region was facing grave danger because of Iranian interference. He said that Iran was attempting to destabilise the region by stirring up sectarian strife.

He revealed that Iran has launched 80 ballistic missiles against Saudi Arabia with complete disregard for the Muslim city of Mecca and other holy sites.

Jubeir said: “Silence over these Iranian assaults through its agents in the region will not keep any Arab capital safe from these ballistic rockets. Saudi Arabia will not stand idly against this blatant aggression and it will not hesitate in defending its national security to preserve the safety of its people.”

The chief of the Arab League, Ahmed Abul Gheit, criticised the Regime’s funding of terrorist groups and noted that all Arab countries were now within striking distance of the Iranian Regime’s missiles, listing a number of Iran-backed proxy militias across the Middle East, like the al-Abdali cell in Kuwait.

He said: “[The missile strike launched by the Iran-backed Houthis represented an] extraordinary threat and the most dangerous development in a series of events that have included sabotage and fueling strife.”

One of the most strident examples of this is happening in Iraq right now.

Shortly after the Iraqi Kurds held an independence referendum, the Iraqi government and Iran-backed militia forces moved into Kurdish territory and took the land back. In order to thank Iran, the Iraqi government is heavily increasing its shipments of oil to Iran from 15,000 barrels per day to 60,000 bpd, while Iran eventually wants 650,000 bpd.

This may seem like a trade deal between neighbouring countries on the surface but it is evident that Iran has taken advantage of the internal strife within Iraq and worked it to their advantage.

Political activist Heshmat Alavi notes that Iran has been stealing large amounts of Iraqi oil since 2012 with basically no pushback. To make matters worse, the Iranian Regime fuelled division between the Kurdish people and the Iraqi government in order to get more oil.

Alavi wrote: “Iran has since 2003 been known to fuel division across Iraq and Soleimani’s recent stop in Kurdistan came after a referendum that Iran vigorously opposed, and was followed suspiciously with Kirkuk’s sudden fall…This can lead to a conclusion that Iran, sensing harsh times ahead, is providing increasing control to the IRGC over the vital oil sector in its already troubled economy.”

Gheit also condemned the comments of Iranian President Hassan Rouhani, who claimed that the countries of the Middle East and North Africa cannot make significant moves without Iran’s approval.

He said that this showed Iran’s true policy of “hegemony” and noted that any country which attempts to improve relations with Iran suffered because of it.

AP: Tehran will almost triple the number of commercial...