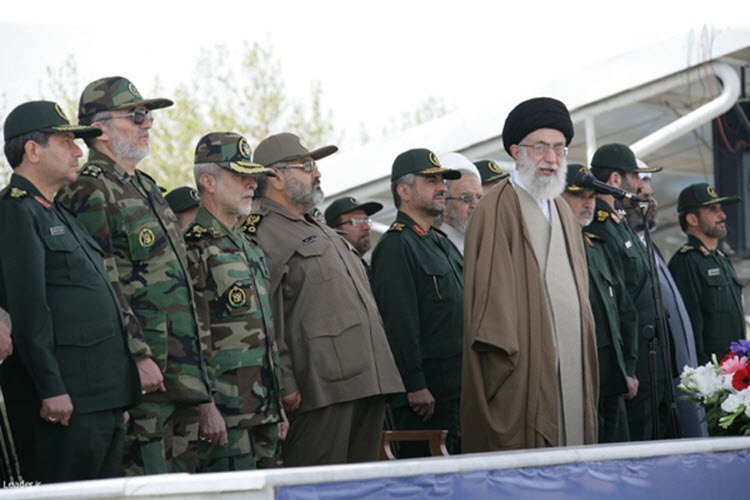 London, 22 Nov – Iran’s Islamic Revolutionary Guards Corps (IRGC) should be added to the United Kingdom’s list of proscribed terrorist groups, according to a motion tabled by UK Members of Parliament.

Early Day Motion 483, tabled on 31 October 2017, “calls on the Government to include the IRGC on the list of proscribed organisations, impose punitive measures against its officials and to work with allies to expel the IRGC from Syria, Iraq and the Middle East”.

EDM 483, which has so far received the backing of 23 of Britain’s MPs, says “That this House joins the Government to express serious concerns over the Islamic Revolutionary Guards Corps (IRGC) role in human rights violations in Iran and support for terrorism abroad, including destabilising activities in the region and reports of Iran’s links and backing of military and proscribed groups”.

It “notes that the IRGC is actively involved in slaughtering the people of Syria to keep the dictator Assad in power and recruits child soldiers and refugees from Afghanistan and trains them to become terrorist fighters”.

It “believes senior IRGC commanders are on Interpol’s Red Notice list for acts of international terrorism including the 1994 bombing of a Jewish community centre in Buenos Aires”.

It “reiterates that the IRGC only answers to the Supreme Leader and is responsible for suppression of Iranian people including the 2009 uprising, crackdown on human rights defenders, activists, journalists and anti-death penalty campaigners as well as arbitrary arrests of dual citizens; further notes IRGC’s role in assassinating Iranian dissidents abroad, including members of the main opposition coalition, PMOI (MEK) and NCRI”.

It “recognises IRGC’s involvement in Iran’s ballistic missile and nuclear programme” and “takes into account that the IRGC is considered a terrorist group by international allies including the US”.

The cross-party British MPs “share the Government’s view that IRGC’s support for terrorism undermines prospects for regional security and lasting peace in the region”.

8 injured after explosion in Iran prison