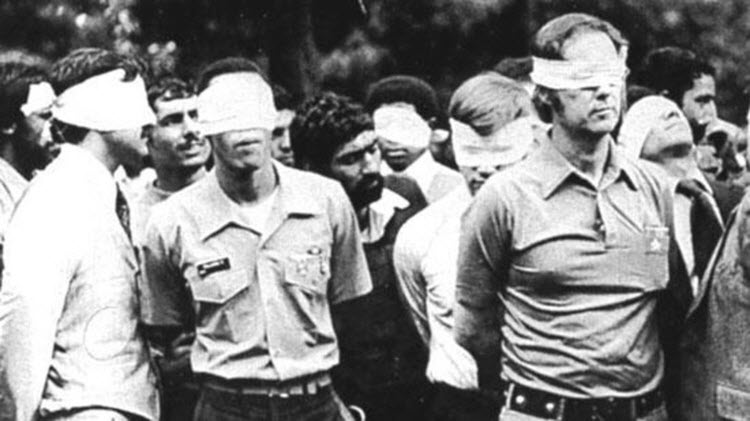 London, 22 Nov – There are currently 30 dual nationals detained in Iran on false charges of plotting the overthrow of the Iranian Regime or spying for a foreign power or whatever else the mullahs have chosen to tar them with. This is 30 too many.

Since the nuclear deal between Iran and six world powers was signed in 2015, the number of dual nationals arrested in Iran has actually gone up, according to Reuters, meaning that the Regime’s bad behaviour was not solved by the deal.

The Iranian Regime has a long history of taking dual or foreign nationals hostage in order to demand a ransom (of money and/or weapons) from their home country.

It began in 1979, shortly after the Regime took power, when 52 American embassy employees were kidnapped and held prisoner for over a year. In response, the US signed the Algiers Accord unfreezing $7.9 billion of Iranian assets held in America and gave the Regime immunity from future lawsuits relating to this hostage situation.

During the 1980s, the Iran-backed Hezbollah terror cell kidnapped a number of Americans and other foreign nationals during the Lebanese civil war. The Reagan administration gave into the Regime’s demands, shipping weapons to Iran at the height of Iran-Iraq war during secret and illegal negotiations. This scandal, known as the Iran-Contra affair, could have seen Reagan and VP George Bush sent to prison.

Most recently, the Obama administration gave $400 million to the Regime to secure the release of several American hostages. This was after the signing of the nuclear deal and should have signalled what was to come.

One of the 30 wrongfully imprisoned dual or foreign nationals in Iran is British aid worker Nazanin Zaghari Ratcliffe. She was arrested in April 2016 and sentenced that September on “secret charges”.

The UK government has revealed that they will be paying the Regime £400 million (just one of Iran’s demands) in order to free her. This money is from a broken trade deal from 1979 between the UK and Iran. Britain was to supply advanced tanks to Iran under an agreement with the Shah, but considered it null and void once the Shah was overthrown. The Regime did not.

Theresa May’s spokesperson has insisted that there is no link between Zaghari Ratcliffe’s release and the large payment but anyone can see through that.

Shima Silavi wrote on Al Arabiya: “Whether it is a coincidence that whenever a dual citizen is held hostage in Iran, the West recalls these outstanding payments to Iran, or it is simply a hostage and ransom situation that repeatedly rewarded Iran with money and arms for the past four decades, denial of both Iranian and western administrations that these instances are not payoffs however, is not convincing to the Iranian human right activists who believe this is vicious circle that should be broken.”

Iran Focus: The lawyer representing the relatives of Atefeh...