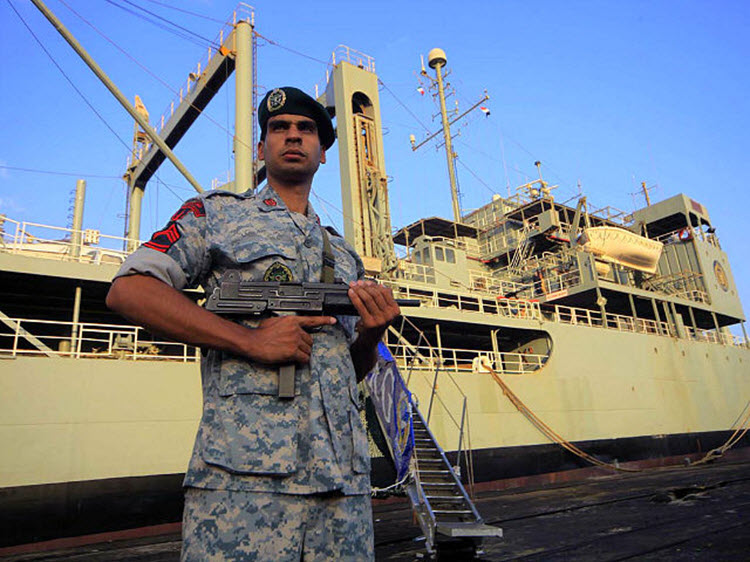 London, 23 Nov – The head of the Iranian Navy has announced his plans to send ships to Mexico and South America, in his first speech since taking office.

Commander Rear Admiral Hossein Khanzadi promised that the Iranian flag would fly in the Gulf of Mexico and that Iranian boats in the Atlantic Ocean would soon be a routine occurrence, according to the state-run Tasnim news agency.

There was also an emphasis on new technologies, in his speech, that would help Iran to “dominate” the Atlantic Ocean and the waters close to Iran.

It has always been the goal of the Iranian Regime to have an established presence in the West, as cited by Algemeiner quoting former navy chief Rear Admiral Habibollah Sayyari who stepped down in early November.

An Iranian presence so close to the US is obviously a worrying prospect for many defence experts, given its constant attacks on US personnel, civilians, and allies in the Middle East. It is believed that is Iran did establish a permanent presence in the Atlantic, it could put Americans at further risk of terror attacks from the Regime and its proxies.

The Iranian regime has repeatedly falsely accused the US of “terrorism”, including creating and supporting groups like the Islamic State (ISIS), and of attempting to weaken Iranian defence forces by stopping Iran from creating nuclear weapons.

This from a country that is considered the world’s leading state sponsor of terrorism, that has links to terrorist proxy groups(like Hezbollah and Hamas) across the Middle East and the world at large, and whose militant security forces- the Iranian Revolutionary Guards Corps (IRGC)- runs several terrorist training camps within its borders.

The Regime has long noted that it wants to contain American influence abroad, as if it believes that the US is the only state capable of seeing through Iran’s smokescreen of democracy. In order to contain the US’s global influence, the Iranian Regime, through the IRGC has made deals with terrorist proxies around the world- particularly in South America.

The IRGC established “cultural centres” in these countries- particularly Paraguay, Argentina, Brazil, and Venezuela, who have close ties with the Iranian Regime-which act as outposts for locally-operated, Iranian-backed Hezbollah groups, according to security experts.

The IRGC, and its more militant Quds Force, exists solely to export terrorism outside of Iran in the hopes of destabilising other countries and allowing the Iranian Regime to take control of the area via terrorist proxies. They must be opposed by the US defence forces sooner rather than later.

Iran well-prepared for “any scenario” over nuclear issue: official

Xinhuanet: Iran said on Monday that it was well-prepared...