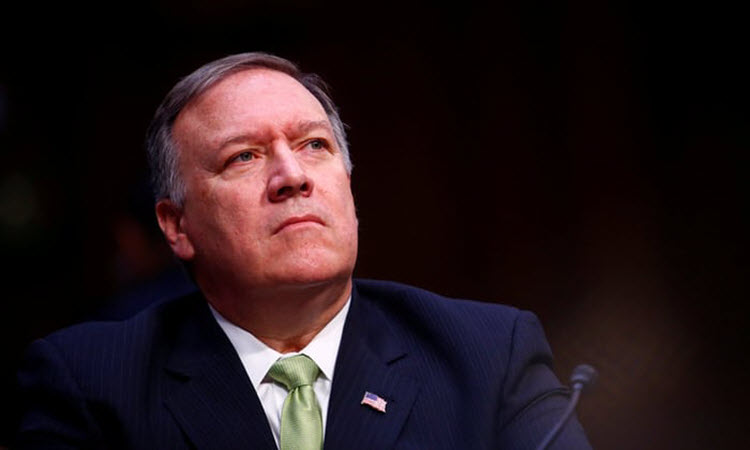 London, 4 Dec – CIA director Mike Pompeo said that he sent a letter to a top Iranian military official warning that the US would hold Iran accountable for any attacks it conducted on American interests in Iraq.

Pompeo, who has long been vocally critical of the Iranian Regime, said on Saturday at a defense forum at the Ronald Reagan Presidential Foundation and Institute in Simi Valley, California, that he’d sent the letter to General Qassem Soleimani, a leader of the Islamic Revolutionary Guard Corps and elite Quds Force, but that Soleimani didn’t read it.

He said: “I sent a note. I sent it because he had indicated that forces under his control might in fact threaten US interests in Iraq. He refused to open the letter – didn’t break my heart to be honest with you.”

He continued: “What we were communicating to him in that letter was that we will hold [him] and Iran accountable … and we wanted to make sure that he and the leadership of Iran understood that in a way that was crystal clear.”

He said: “Recently, when … the CIA chief through one of his contacts in the region sent a letter to General Soleimani, he responded by saying, ‘I did not either receive or read the letter. I have nothing to tell these people’.”

Pompeo, who criticized the 2015 Iranian nuclear deal while serving as a Republican congressman from Kansas, said the Iranian Regime was working to expand its malign influence across the Middle East.

On the issue of the North Korean nuclear missile programme, Pompeo said US intelligence was positive.

He said: “I think we have a pretty good understanding of the scope and scale of their program and how far they are making progress towards being able to reliably deliver that system against the United States.”

Pompeo, who has a close relationship with Donald Trump and personally delivers an intelligence briefing to him almost every day, said that Trump’s tweets have also been beneficial to the intelligence agencies.

He said: “I have seen things the president has put on his Twitter account actually have a real-world impact on our capacity to understand what’s going on in other places in the world. That is, our adversaries responded to those tweets in ways that were helpful to us to understand command and control issues, who is listening to what messages, how those messages are resonating around the world.”

AFP: US President Barack Obama on Wednesday warned that...