Questions Arise Regarding Airstrike on Iranian Base in Syria 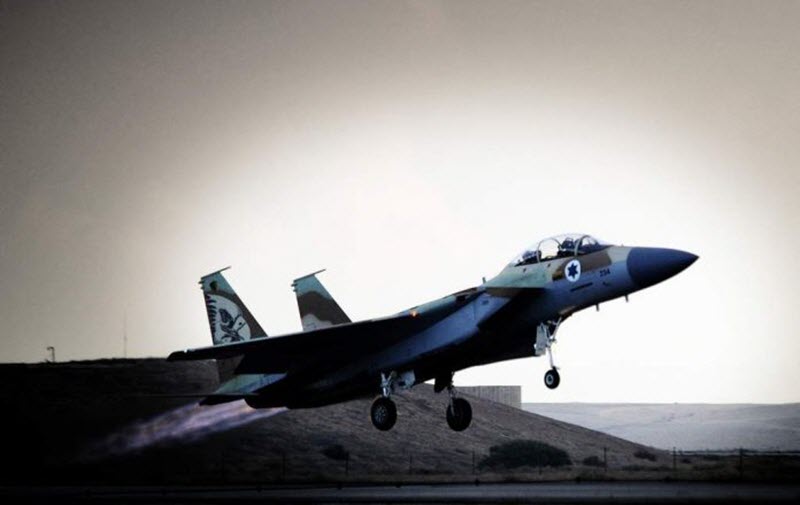 London, 3 Dec – According to reports, a base or ammunition warehouse south of Damascus was hit in the early hours of December 2, by missiles from an airstrike.

This attack was conducted against a site that is well known, and foreign media has alleged that Israel is behind that strike. However, while Israel has taken credit for previous airstrikes on Syria, questions have arisen about the timing of the attack and what it was meant to achieve.

There have been warnings over this past year, that Iran hoped to construct permanent bases in Syria, laying the groundwork for the era after the defeat of ISIS.

The BBC released a report on November 10th that Iran was “building permanent military base in Syria.” The report included three satellite images from January, May and October that showed a site near El-Kiswah, south of Damascus, about 50 km. from Israeli forces on the Golan Heights. The images showed new buildings at the site. The BBC ascribed the information to a “western intelligence source.”

The report was released two days after a Memorandum of Principles had been concluded in Amman between the US, Russia and Jordan regarding a cease-fire in southern Syria. The agreement was supposed to remove foreign fighters from the area, according to Fred Hof, a former State Department special adviser for transition in Syria. “This could be designed mainly to reassure the Israelis that these elements would not be operating in proximity to the Golan Heights,” he said.

Israel wanted assurances that Iranian forces would be kept 60 km. from the Golan, according to reports between July and October.

On November 12, a US State Department official indicated to Israeli media that the cease-fire memorandum would include the removal of Iranian forces from areas near the Golan. Then, three days later, Russian Foreign Minister Sergei Lavrov said the agreement did not indicate that Iranian- backed forces would be withdrawn.

Although Israeli leaders had sworn to prevent Iran from establishing permanent bases, the international community and local ceasefires were not mandating Iran’s withdrawal.

Defense Minister Avigdor Liberman responded on November 15th, “With regards to Iran, we will simply not allow for Shi’ite consolidation and Iranian entrenchment in Syria, nor will we allow Syria to become a forward operating base against the State of Israel.”

Foreign ministers of Russia, Iran and Turkey met in Antalya on November 20, in the lead up to a major summit in Sochi on November 22nd, which was hosted by Putin, and included Turkey’s President Recep Tayyip Erdogan, and Iranian President Hassan Rouhani.

Kuwaiti newspaper Al-Jarida reported on November 26th, that Israel had demanded Iranian facilities be kept 40 km. away from the Golan, or they would be attacked. It also claimed that Prime Minister Benjamin Netanyahu had sent a warning to Syrian President Bashar Assad via Putin.

Yet that same day, in an interview, Liberman downplayed the Iranian presence in Syria, saying Iran was not on Israel’s border and its force consisted of advisers and experts. Still, he quietly warned that Israel does not only “talk.”

Then, on December 2nd, according to the online al-Masdar News, “Israel fired several missiles into western Syria tonight, targeting several sites near the Iranian base in the El-Kiswah area.”

Iran’s Press TV, reported that a source said that “an Israeli fighter jet was flying at a low altitude over Lebanon’s Baalbek region near Syria’s border when Syrian missiles were launched.” The report claimed that, “Israeli missiles were fired toward the 1st-Division ammo depot in the western countryside of Damascus.”

Al Qooraish, an Arabic newspaper published in London, claimed that Iranian personnel were wounded in the attack.

Seth J. Frantzman says in article in The Jerusalem Post, “The conflicting reports are not necessarily mutually exclusive – an ammo depot might house weapons for multiple groups and be connected to Iran. Aerial photos of the military facilities between Sahnaya and El-Kiswah show that the alleged ‘Iranian base’ is part of a series of military complexes with more than 100 buildings, including storage facilities and what appear to be housing or administrative buildings.” He adds, “If the reports about Israel’s threats to target sites 40-60 km. from the Golan are accurate, it would indicate that the warnings have been manifested.”