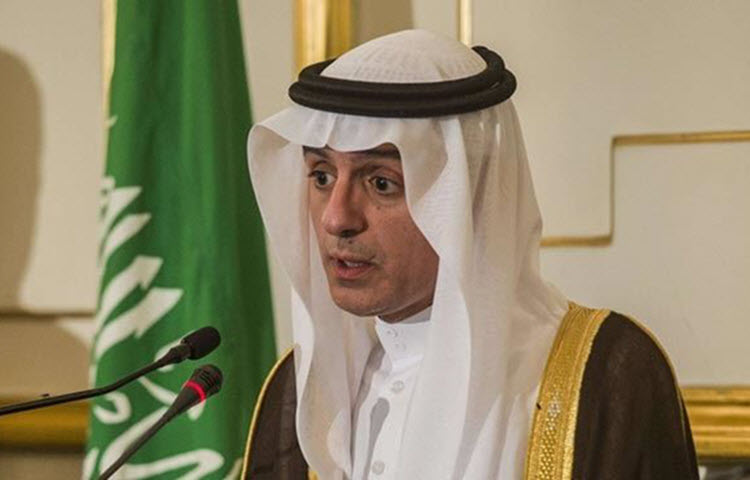 London, 20 Feb – Adel Al-Jubeir, the Foreign Minister of Saudi Arabia, said that when it comes to the threat of cyberattacks, Iran is the most dangerous nation. He said that Iran is becoming more and more capable of sophisticated attacks including cyber-espionage.

His comments came during an interview on Sunday with CNBC. He spoke about how Iran had made numerous attempts on the kingdom and stated that Iran attempts to launch cyberattacks on the kingdom on a weekly basis.

He said: “The most dangerous nation behind cyberattacks? Iran. Iran is the only country that has attacked us repeatedly and tried to attack us repeatedly. In fact, they tried to do it on a virtually weekly basis.”

For years, the animosity and tension between Iran and Saudi Arabia has been increasing. Iran sees itself as the leader of Shi’a Islam, where Saudi Arabia is a Sunni monarchy.

Although Iran has not responded to the comments made by the Saudi Foreign Minister, it has declared in the past that it has not been involved in any aggression towards Saudi Arabia.

However, very recently, a missile headed towards the international airport near the Saudi capital was found to be Iranian-made and launched by the Houthi rebels in Yemen.

Iran has numerous proxy groups and militias spread across the whole region and it cannot be denied that the sheer numbers represent a significant threat.

At the Munich Security Conference, the Saudi Foreign Minister said that Iran has been carrying out “mischievous” acts and said that its support for the notorious Hezbollah and several other militant groups is creating chaos across the region.

Iran and Saudi Arabia have been at opposing sides of many conflicts in the region, most notably in Syria and Yemen.

With regards to the cyber threat Al-Jubeir said that the kingdom is taking “all the steps necessary to provide defenses for our data banks and for our internet and so forth”. He added that Saudi security forces are ensuring that people are trained “to be able to engage in offensive operations to make it hopefully impossible for people to penetrate those systems”. He did not elaborate about what steps are being taken, but it is clear that they will need to be one step ahead of Iran which is growing increasingly sophisticated in its methods.

Several months ago, the US sanctioned eight Iranian individuals and two hacking networks for being involved with the 2012 and 2013 cyberattacks on the US financial system. As usual, Iran denied involvement despite the evidence that was stacked up against it.

In 2012, Aramco – a Saudi state oil giant – was victim to an attack carried out by hackers with links to the Iranian government. Operations were paralysed and 30,000 computers were wiped.

There have also been numerous other cyber threats across the world in which Iran has been involved with.

At the Munich Security Conference, many heads of state and senior officials mentioned cyber security, emphasising that it presents a real threat to international stability.