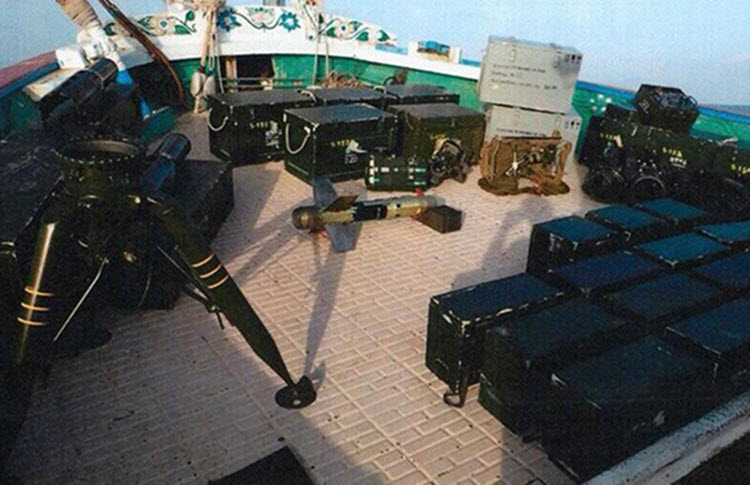 London, 21 Feb – The United Nations is now confirming that Iran supplied the ballistic missiles used by the Yemeni Houthis to attack Saudi Arabia in November.

The recently released UN report states that the “identified missile remnants, related military equipment and military unmanned aerial vehicles [are] of Iranian origin and were brought into Yemen after the imposition of the targeted arms embargo”.

In response to this report, U.S. Ambassador to the U.N. Nikki Haley, who has long believed that Iran supplied the Houthis with the ballistic missiles, demanded that the U.N. Security Council act now to stop further violence.

The U.N. Security Council first assembled arms experts to investigate the rocket debris in mid- November, just two weeks after the attack, and while initial reports supported the idea that Iran was behind the attacks, the U.N. waited for confirmation.

The November attack is just one of over 80 missiles fired at Saudi Arabia by the Iran-backed Houthi rebels.

In mid-December, the U.S. State Department also exhibited the remains of the missiles, which showed clear evidence of Iranian manufacture. The U.S. reported that the weapon was an Iranian-made “Qiam”, a short-range version of the Scud missile, which Iran claims can fly 450 miles and drop 1650 lbs of explosives with 1600-foot accuracy.

However, the U.S. was slightly wrong. The missile was actually worse than a Qiam.

The U.N. panel said that the missile remnants they examined is very similar to the Qiam, but could travel over 1000 km farther.

The report said: “The Panel finds it is not a Qiam-1 short-range ballistic missile, but a derived lighter version, designed specifically by the manufacturers of the Qiam-1 to extend the range…by reducing weight.”

This variant, dubbed the Borkan-2H by the Houthis, is still an Iranian design – it even mas markings that resemble the logo of Iran’s Shahid Bagheri Industries – but the U.N. believe that it was smuggled into Yemen in pieces, probably to avoid detection, and that the Houthis assembled it themselves.

The report said: “It is highly probable that the route used to supply the Borkan-2H components was the mainland supply route into Houthi-Saleh-held territory following a ship-to-shore transfer.”

This is only the start of evidence that shows that the Iranian Regime is supplying the Houthi rebels with weapons in violation of U.N. resolutions.

Over the past few months, seizures at border patrol checkpoints have uncovered pressurized tanks which were modified to store the oxidizer needed to launch these ballistic missiles.

The U.N. panel said: “[We have] now identified strong indicators of the supply of arms-related material manufactured in, or emanating from, the Islamic Republic of Iran subsequent to the establishment of the targeted arms embargo on 14 April 2015, particularly in the area of short-range ballistic missile technology.”

Coalition of the ineffectual

The mental path to appeasement

Washington Times: The Western response to the threat of...