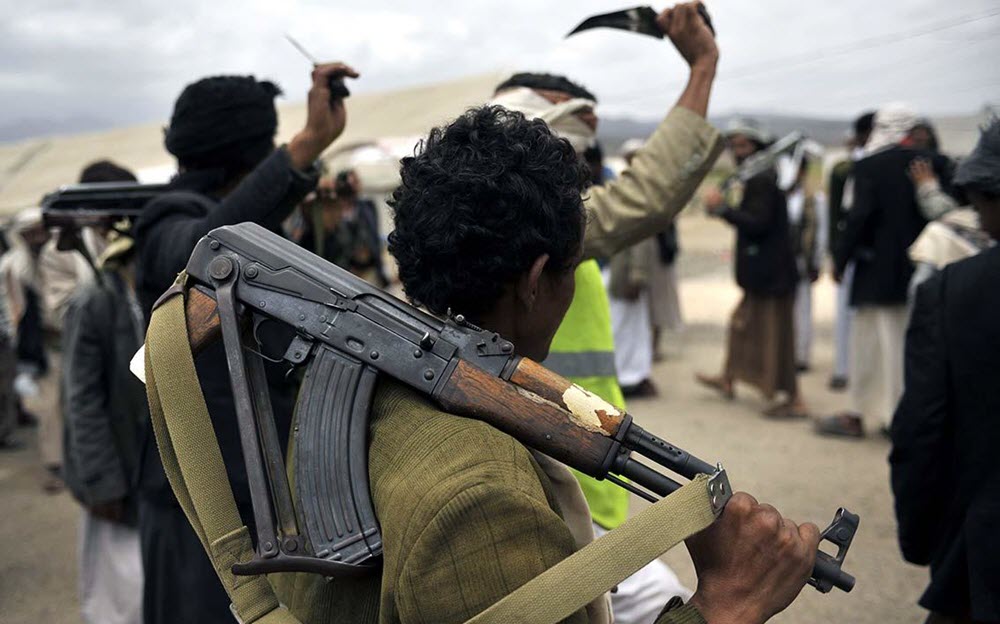 London, 25 Feb – Ambassador and Permanent Representative of the UAE to the United Nations Lana Nusseibeh has expressed her hope that the Security Council will support a resolution regarding Iran’s supply of rockets to Houthi rebels in Yemen.

Nusseibeh said that it is imperative for action to be taken to stop Iran providing such weapons to the Houthis and other extremist groups.

The resolution is led by Britain and it hopes to gain the support of the Security Council for sanctions-related efforts with regards to the war in Yemen. It includes condemning Iran for its breech of an arms embargo in war-struck Yemen.

There is optimism that the draft resolution is passed imminently. It has already got backing from Russia.

Nusseibeh said: “The UAE supports a proposed resolution to renew sanctions against those fuelling the conflict in Yemen, which has been put forward by the UK. The draft resolution expresses concern about Iran supplying missiles to the Houthis, which we think is essential. Countries who continue to violate UN Security Council resolutions need to be held accountable, otherwise their actions will continue and we will see the ongoing proliferation of missile technology to the Houthis and to other groups in the region.”

Air defence in the United Arab Emirates shot down a ballistic missile that was fired from South-Eastern Yemen last week. Saudi Arabia has also been the target of several missiles launched from Yemen.

Nusseibeh said: “The attacks on Saudi Arabia, the attempted attacks in the region and the ongoing efforts to destabilise Yemen by arming the Houthis are unacceptable and have to be condemned by the international community. Furthermore, the political process needs to be re-energised. We look forward to working with the new UN Special Envoy Martin Griffiths and his office. His predecessor, Ismail Ould Cheikh Ahmed, has done very important work under incredibly difficult circumstances and we believe that this has produced elements for a political roadmap. The UAE and other members of the Coalition support the UN Envoy’s mandate [and the Secretary General] in applying pressure on the Houthis to come to the negotiating table, and denouncing their acts of violence.”

Last week, the US Ambassador to the United Nations Nikki Haley said that the Security Council needs to urgently intervene.

The UAE is a key member of the Saudi Arabia-led Arab coalition that supports Yemen’s internationally recognised government. Since 2015, the Houthis have been fighting against the government with strong backing from Iran.

Nusseibeh said that the most urgent concern is the humanitarian situation.

She also recognised that the Yemeni people have to be the ones who decide when the situation needs to progress. “It is important to realise that the Houthis represent only a very small part of the Yemeni population. They need to be part of the solution but they cannot be allowed to dominate the conversation.”

Iran has been spreading terrorism and chaos across the region and it is heavily involved in the civil wars in Syria and Yemen. It is imperative that the Iranian regime is stopped in its tracks and the millions of people affected by its belligerence are given the chance for a peaceful and stable future.

Reuters: France called for new sanctions on an "unprecedented...