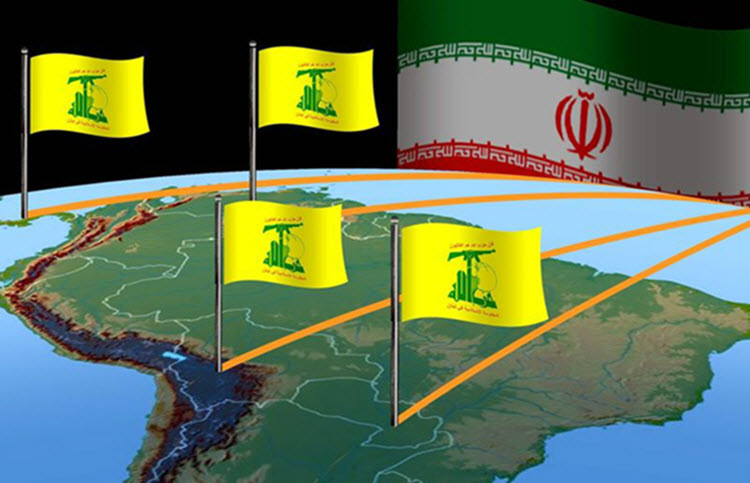 Iran’s belligerence and quest for hegemony in the Middle East is well-covered. It is no secret and Iran barely makes an effort to cover up its activities. However, this cannot be said for its activities in Latin America which, although they have been going on for many years, are relatively under the radar.

However, at the beginning of last month, US Secretary of State Rex Tillerson said that he wants to put an end to Hezbollah’s fundraising efforts in Latin America in order to cut the funding to terrorism.

This suggests that the US is looking extensively into Iran’s and Hezbollah’s infiltration in the region.

Iran played a role in the 1994 terrorist bombing in Buenos Aires by instructing and guiding Hezbollah. A Jewish centre was bombed resulting in hundreds of injured people and 85 deaths.

Prosecutor Alberto Nisman was looking into Iran’s role in the attack. He was due to present evidence on the subject but he died the evening before (his death was attributed to suicide until last year when a judge ruled that there is evidence to prove it was an assassination). The evidence he was to present would expose the role of former president Cristina Fernández de Kirchner who covered up the attack.

In 2015, President Mauricio Macri wanted a “truth commission” to be set up to determine who carried out the bombing. Israeli Prime Minister Benjamin Netanyahu recently said that he firmly believes Iran is behind the bombing and gave his support to the investigation. He said that Iran must be held to justice.

In Argentina, Iran used Hezbollah to carry out the attack in Buenos Aires. It gave Hezbollah logistical support and intelligence. Iran’s cultural attaché at the Iranian Embassy in Buenos Aires at the time is said to have played a significant role. Another Iranian diplomat at the embassy also had a role.

This is the method that Iran has been using to create its network of terrorism.

Impunity is something that Iran is getting used to. It has been involved in numerous acts of terror but it is never brought to justice.

Unravelling Iran’s network of terrorist ties in Latin America needs to be done quickly before there are more devastating consequences.

The Iranian regime is in a desperate situation. It is under immense domestic pressure after the recent protests and anti-government demonstrations in which the people of Iran took to the streets to call for regime change.

It is also under pressure from the West because of the Iran nuclear deal. President Trump has given his EU allies one last chance to fix the flaws in the nuclear agreement, otherwise he has promised to pull the US out of it.

Faced with such pressure from many different directions, it is likely that the Iranian regime will expand its operations worldwide. Hence the urgency in stopping it as soon as possible.

Reuters: The Group of Eight nations backs a U.S....