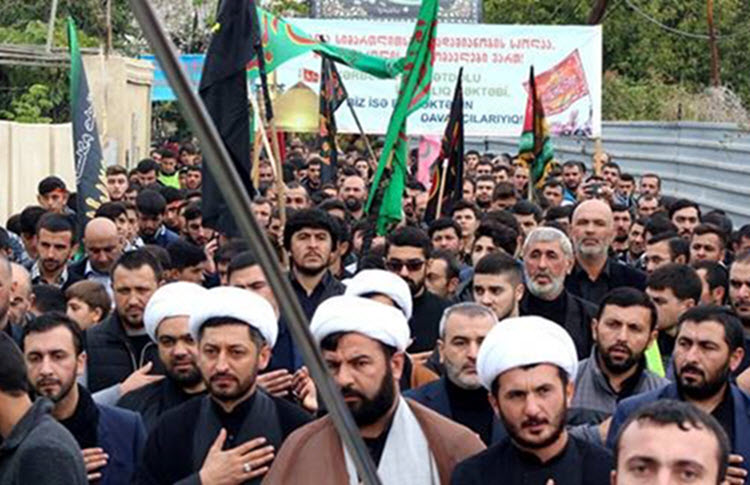 London, 03 Apr – Most media coverage of Iran’s aggression and expansionism focuses on the Middle East. While this is important, focusing solely on the Middle East ignores Iran’s interference in other countries, like those in the South Caucasus, namely Georgia, Armenia and Azerbaijan.

All of these countries are of importance to Iran, but in this article we will be focusing on Georgia.

What Iran is doing in Georgia

Georgia is a small country with 3.7 million people and two main Muslim ethnicities; Azerbaijanis and Ajarians. The Azerbaijani Georgians are mainly Shiite and the second largest ethnic group after the Georgians.

Iran has been targeting the large number of Azerbaijani people in the region of Borchali for about 10 years now, which has drawn concern from both the Azerbaijanis and Georgians and caused tensions between Shiite and Sunni Azerbaijanis.

Iran will obtain influence over the community by creating free schools, holding free training events, sending young people to receive religious training in Iran, publishing pro-Iran literature and websites (read: propaganda), financing pro-Iran groups, and sending religious preachers from Iran. Through this, Iran wants to promote themselves as good and righteous in the eyes of the Azerbaijani people, even though this is not the truth.

This could also cause problems for the European Union, as Georgia is on the path to active European Integration and their citizens were granted a visa-free entry to EU, some of whom are under Iranian influence. This could be Iran’s path to Europe.

There is also the accusation that the Iranian Revolutionary Guards Corps (IRGC) is using Georgia to traffic drugs to Europe.

Ali Hajizade, a political analyst and editor in chief of The Great Middle East, wrote: “This is the matter of concern. That essentially means free movement of Iranian agents around EU. And if Tbilisi turns a blind eye to it, I believe that the West such developments in Georgia seriously.”

He continued: “In general, Iranian activities in Georgia, both economic and missionary, should be viewed in the context of Iran’s regional strategy for expanding and strengthening its influence in the region and around the world.”

Iran Economy on Brink of Collapse

By Mehdi The Iranian economy is on the brink...