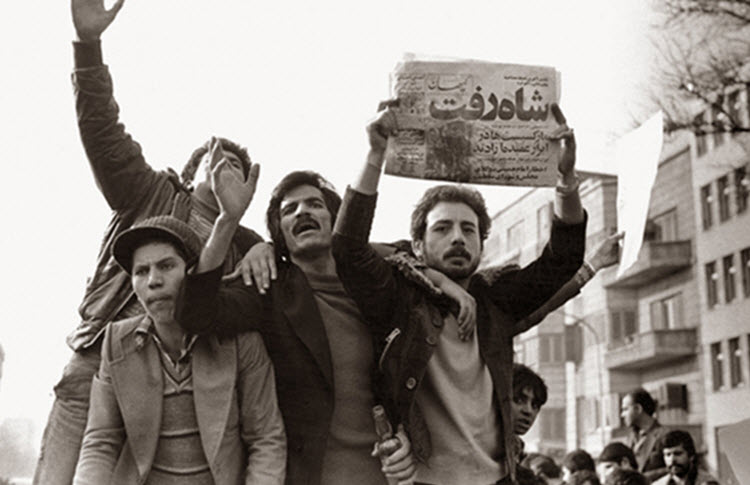 This article is about the People’s Mojahedin Organization of Iran (PMOI/MEK) and the 1979 Iranian Revolution.

Previously we had mentioned that, Massoud Rajavi the only MEK member that had escaped execution by the Shah, had been released from prison after the Shah fled and gave a speech advocating how the MEK would bring freedom and democracy to Iran.

He foresaw the Shah’s departure and the Revolution as a chance to make things better for the people of Iran, but, unfortunately, the mullahs had a different plan.

How the mullahs stole the Revolution

The clerical establishment of Iran was loyal to the Shah through the both the 1906 Revolution and the Mossadeq national movement and essentially right up until the 1979 Revolution. But when they saw the Iranian people take to the streets to call for freedom, the mullahs saw their chance to take control and took to the streets alongside the people.

Ruhollah Khomeini promised the Iranian public that under the mullahs’ rule the Shah would be replaced with a democratic government, women would be treated as equals, and the press would be given its essential freedoms.

However, the mullahs believe that “all means are justified in the service of God”, so lying to the Iranian public and promising these most basic of democratic norms when they really intended to institute an unelected leader and theocratic regime was all good in their eyes.

This deception proved successful and many Iranians welcomed Khomeini back from exile, viewing him as an elderly statesman in opposition to the Shah. The public believed that they would now be allowed to choose their government.

The mullahs also misled the international community, by putting pro-democracy activist Mehdi Bazargan in place for a limited tenure (basically long enough for the world to turn away) and offering few specific pledges about Regime policies.

Although he did lie and say that the clerical establishment would only have representatives in the new government, “like other sectors of society”, when really the clerical regime was here to stay and no one else would get a say.

Almost immediately, Khomeini went back on his promises and appointed religious leaders to positions of power rather than democracy activists and organising an election. He also imposed the overall rule of the Supreme Leader on the Iranian people, a position that made him king in all but name.

The MEK’s Massoud Rajavi said: “Step by step, the fundamentalist’s ogre began to wipe out the achievement of the revolution and solidify an autocratic theocracy in the name of Islam.”

The mullahs attempted to get the MEK on side, promising that if Massoud Rajavi threw his support behind Khomeini then he would get everything he wanted.

Massoud Rajavi and the MEK rejected this, wanting to create a democratic government, and earned the ire of the mullahs.

In February 1980, Massoud Rajavi gave another speech at Tehran University announcing the MEK’s political platform ahead of the elections and positioning the MEK as the main opposition party to Khomeini and the fundamentalist clerics.

Given the MEK’s well-documented struggle against the Shah, the Regime saw that the MEK would be a major threat to their continued rule. As a result, the mullahs organised a secret campaign of violence against the MEK, perpetrated by Hezbollah.

The MEK tried to resist, hoping the elections would help put them in the position to restore democracy and freedom to Iran, but little did they know, the mullahs would fix that in favour of themselves.

Come back tomorrow to find out how the mullah’s rigged the election to prevent the MEK from taking any kind of power.

Iran military warns will shoot down enemies from the sky