Arab Nations Rally Behind Morroco and Against Iran 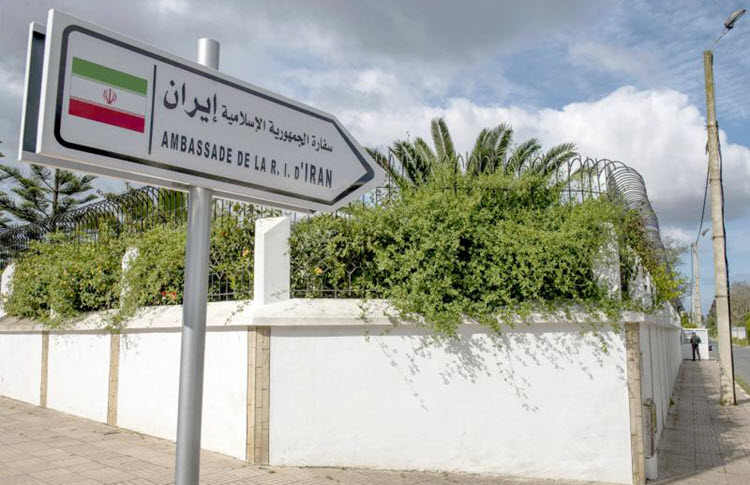 London, 8 May – The Arab Gulf countries have rallied behind Morocco after it severed its diplomatic ties with Iran, shortly after the North African state accused the Iranian mullahs of supporting the Algeria-backed Polisario Front in Western Sahara.

The separatist movement, which the Regime is reported to have trained, funded, and armed, reportedly sent fighters to UN-monitored buffer zones.

Saudi Arabia, Qatar, Bahrain, and the United Arab Emirates all voiced their support for Morroco’s decision, shortly after Moroccan Foreign Minister Nasser Bourita announced that the Polisario Front had recently received “a first shipment” of weapons via an “element” at the Iranian Embassy in Algeria.

Bourita revealed in that speech that he had irrefutable evidence, including names and specific actions, to show that the Iran-backed Hezbollah had been working with the Polisario Front on this matter.

Iran and its terrorist proxy Hezbollah, rejected the Moroccan government’s decision and blamed it on “pressure” from foreign nations. Morocco has denied this claim outright.

Charles Saint-Prot, director of the Observatory for Geopolitical Studies in Paris, said: “Everybody knows that Hezbollah is Iran’s puppet in the Arab world. This is why Morocco, which is defending its territorial integrity, took this decision.”

The Saudi Foreign Ministry condemned Iranian interference in the internal affairs of Morocco, as they have done before in relation to Iran’s other malign interferences. They also condemned Hezbollah, whom they referred to as Iran’s “tool” for doing the actual training of the Polisario group.

The UAE’s Foreign Affairs Minister Anwar Gargash expressed his support for Morocco over Twitter and condemned Iran for involving itself in the Western Sahara conflict.

He tweeted: “Iran is working to destabilise the security of the Arab and Muslim countries by stirring up sectarian wars, interference in their internal affairs and supporting terrorism. This is the proof of what Iran has done with the brotherly Kingdom of Morocco, through Hezbollah, leading the so-called Polisario group.”

Meanwhile, the Algeria Times news website reported on April 24 that the Polisario Front was working under the supervision of Hezbollah military experts.

It said: “Hezbollah guerrilla experts have personally trained Polisario militiamen in the digging and preservation of these tunnels.”

Back in 2009, Morocco cut relations with Iran for trying to spread Shiism inside Morocco, but these ties were restored by 2014.

Western Sahara, which the Polisario Front want to gain control over, was annexed by Morocco in 1975. The group previously fought an armed conflict with Morroco over the land, until a United Nations ceasefire was agreed in 1991.

Morroco has proposed a solution of autonomy under Moroccan sovereignty for the territory, but this was rejected by the Polisario Front.

Saint-Prot explained that fewer countries were supporting the Polisario separatists, which meant that the Algerian “plan” was failing.

He said: “The fact that the Polisario is getting Hezbollah’s support… clearly exposed the hidden agenda of both Iran and Algeria, which is a threat to stability in the region.”

He also warned about Iran’s threat to the Arab world.

He said: “Iran has been involved in many conflict zones in the Middle East to spread its influence. North Africa is not immune from the Iranian threat.”

Iran is ‘out of step’ with region: US State Department