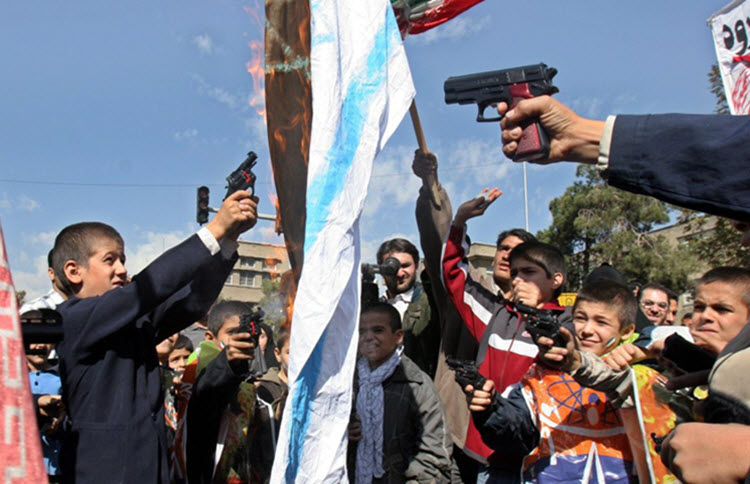 London, 29 May – Iran regularly mentions Israel, referring to it as “Little Satan”. They take swipes at each other in the media and there is no doubt in anyone’s mind that they are fierce enemies.

However, we must look at the history between the two nations. The strategic and geopolitical relations between Iran and Israel were once positive, but everything went downhill after the 1979 Iranian revolution when the clerical rulers took power.

The large arms deal that the two countries benefited from stopped and military cooperation ceased.

Israel, before the start of the revolution, was an important ally to Iran. For one, Israel was the United States’ closest ally in the region, therefore it was in Iran’s best interests to be close to Israel.

Another reason for Iran to be on friendly terms with Israel was because of the influence of the Soviet Union at that time and the need to ally with other nations that had the common aim of countering its threat prevailed.

Dr. Majid Rafizadeh, a Harvard-educated Iranian-American political scientist and expert on US and Iran foreign policy, said that there are a number of reasons for Iran’s fixation on Israel as an enemy.

Firstly, the clerics that took power after the revolution wanted to expand Iran’s influence to the Levant – it gives Iran access to the Mediterranean Sea, for a start. This would put it in competition with the Arab nations. Rafizadeh pointed out that making an enemy out of Israel is the easiest way to achieve such dominance. It would also give Iran the motive to expand its nuclear and ballistic missile activities and would give Iran a reason to allocate such a huge portion of its budget to the notorious Islamic Revolutionary Guard Corps (IRGC) and its extraterritorial military operations that are controlled by the Quds Force branch.

Rafizadeh said that the second reason for Iran’s persistent aggression towards Israel is that it gives Iran the excuse for setting up or backing “resistance” groups (Lebanese Hezbollah, and so on). These groups basically do Iran’s dirty work and spread chaos across the region while Iran gives the appearance of keeping its hands clean.

At home, Iran routinely uses the charge of being a “Zionist spy” as a reason for arresting political dissidents. This again is another way Iran is using Israel as a way to justify its malign behaviour.

Finally, Rafizadeh indicates that one of the “core revolutionary principals of Khomeini and his gilded circle was anchored in anti-Semitism”. He points out that senior Iran officials, as well as denying the Holocaust, have participated in and organised anti-Semitic activities (the Holocaust Cartoon Competition, for example).

Iran’s hostility towards Israel not nothing but an excuse for its belligerence.