Iran’s Interference in the Region Must End 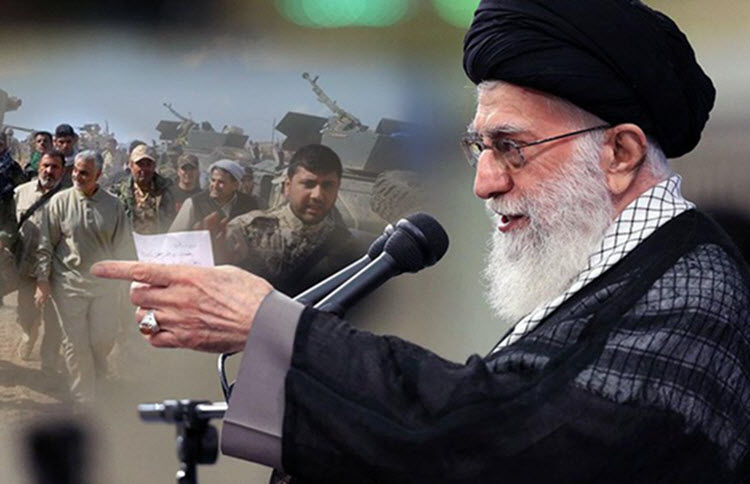 London, 12 Jun – The Syrian civil war has been going on for more than seven years. It would have ended years ago if Iran had not got involved.

Syria is currently in a state of disrepair and there are stories emerging every day showing more death and destruction. The cities are being destroyed and the people are losing their homes though displacement or damage.

President Barack Obama got the Russians involved in 2014 to get a grip on the chemical weapons used by President Bashar al Assad. A year later, Russia’s involvement had already grown tremendously.

Many criticised Obama’s inaction and we are now seeing the full consequences of it. Russia is dominant in a large portion of the country and it has ensured that the rebels’ attempts to topple Assad’s regime were unsuccessful.

Russia and Turkey signed an accord based on their hostility towards the Kurds.

This has left the fate of Syria in the hands of Russia. Russia is the only one that can make a real difference, especially with regards to the influence of Iran. The United States has let the opportunity to bring peace to Syria pass.

There were great hopes that Russia would give up on its alliance with Iran in order to bring stability to the country. But it didn’t.

Years ago, outside intervention could have changed the face of the war there, but it is no longer possible. All the main players in the region have deals with Russia – not Iran – so they do not even have leverage. Only Russia can prevent Iran from gaining control over Syria.

Russia is benefiting from its continued alliance with Iran, but it is also trying to prevent Hezbollah from entering the Golan Heights to keep Israel happy. Will Putin’s diplomatic efforts be able to survive Iran’s imperialistic moves? Will Russia be responsible enough to do the right thing?

One thing is certain – Iran cannot continue to attempt to spread its chaos across the region. Immediate intervention is called for and it is the responsibility of the international community to ensure that the bloodshed stops.

The National Council of Resistance of Iran (NCRI) – the main Iranian opposition – has been calling for action for years. The longer Iran is left to its own devices, the more bloodshed there is.

Iran is in trouble at home and abroad. The Iranian leadership is under major pressure from the people at home who are calling for regime change. After a major uprising several months ago, protests have been continuing and there will be no let-up.

With a series of setbacks in the region, especially in Syria and in Iraq where the new government will leave no room for Iran, the Iranian rulers are heading towards a dead end.

On the 30th June, the NCRI will be holding its annual gathering in Paris where prominent figures from the political world will join with tens of thousands of Iranians from around the world to speak about the developments in Iran and to discuss the way forward.

Bombs kill 10 in Baghdad and near Iranian border

AP: A bomb concealed in a kiosk used to...