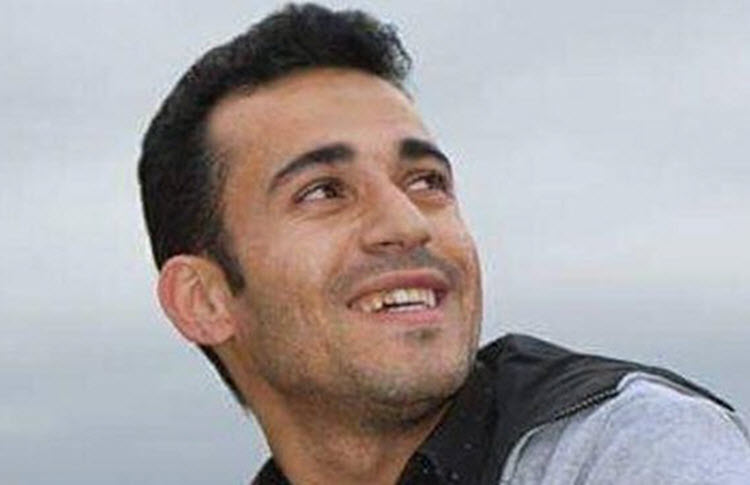 London, 10 July – The brother of an Iranian Kurdish activist on death row has reported that prison authorities the dissident that he would be executed or killed behind bars.

Amjad Hossein Panahi tweeted on Thursday, July 5, that his brother Ramin had been told by the security guards “You are not going to leave this block, and will either be executed, or killed in the prison”.

In an earlier tweet, dated July 3, Amjad reported that the Regime had decided to carry out the death sentence issued against Ramin after a session attended by the local Prosecutor, the representative of Islamic Revolution Guards Corps and the Governor.

He then told the Kurdish website, Rudaw: “The head of the intelligence section of Sanandaj prison has threatened Ramin, ordering his murder by their own agents in the prison.”

Last week, Ramin’s parents were taken to see him, which gives further credence to the notion that he will be executed soon. His family had also become concerned about his safety after he was moved to a cell for detainees facing drug charges on Wednesday, according to the pro-Kurdish human rights news agency, Hengaw.

Ramin, who is being held in the central prison of Sanandaj, was arrested in June 2016 for alleged membership in the Kurdish Nationalist party. Prosecutors maintain that at the time of his arrest, Ramin was armed with grenades and carrying a colt and an AK rifle, although the only evidence seems to be a lone photo of him holding a gun.

Ramin’s lawyer, Hossein Ahmadi Niaz, denies that his client was armed at the time of arrest and explained that his client was only visiting family. He also warned against executing Ramin, as the defence could still appeal, making the execution illegal, while human rights groups, like Amnesty International, have repeatedly called for the case to be reviewed, citing an “unfair trial”, “torture”, and a lack of evidence that Ramin has killed anyone.

Amnesty International’s Middle East Research and Advocacy Director, Philip Luther, said: “Ramin Hossein Panahi’s case has been a breath-taking miscarriage of justice from start to finish. During the investigation period he was denied access to both his lawyer and his family, as well as to any details of the evidence against him.”

Ramin, 23, was charged with taking up arms against the Mullahs ruling system and was sentenced to death in January. He appealed, but the decision was upheld by the Supreme Court.

Niaz said: “Membership in an opposition party is not an offence that warrants the death penalty.”

However, the reality remains that in Iran, political opposition does often result in the deaths of the opponents. For proof, just look at the 1988 massacre of 30,000 members of the People’s Mojahedin Organization of Iran (PMOI/MEK).

The fact is that these human rights abuses under the Iranian government are nothing new and are only getting worse.