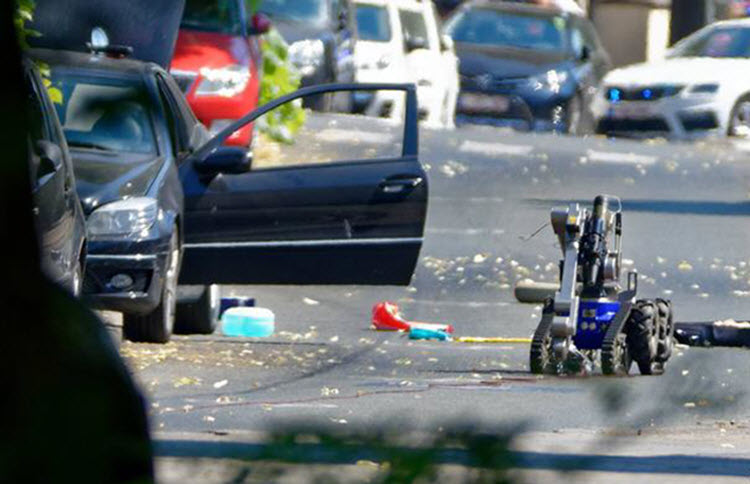 London, 6 August – On June 30, the Iranian Opposition held a Free Iran rally in Paris, which was widely attended by diplomats, distinguished guests, and the Iranian diaspora from around the world, who oppose Iran and support a secular, democratic, and free Iran.

The event, which was organised by the National Council of Resistance (NCRI) and the Organization of Iranian American Communities (OIAC) among other dissident groups, showed clearly how the Iranian Resistance has made progress in Iran in the form of a mass uprising by the people against the Regime. This was encouraged in March by NCRI President-elect Maryam Rajavi who called for “a year full of uprisings”.

But the event was being targeted by Iran who planned to bomb the gathering. The terrorist plot was thankfully foiled by the European authorities before the three terrorists and their Iranian diplomat handler could carry out their evil plan.

Of course, Iran has denied involvement, but the fact remains that their diplomat to Vienna helped orchestrate the attack by giving the explosives to the would-be bombers.

The People’s Mojahedin’s (MEK) intelligence network even discovered evidence to suggest that the decision to bomb the Free Iran gathering had been made months ago by Iran’s Supreme Leader Ali Khamenei and President Hassan Rouhani.

It is obvious that Iran tried to bomb the event because they are scared of the support that the Resistance, in particular the MEK, has both at home and abroad; something evident in the ongoing uprising.

Dr. Cyrus Samet, president of the Iranian American Community of Maryland and a member of the OIAC, who attended the rally, wrote: “I and other supporters of the NCRI are more than willing to put our lives on the line for the sake of Iranian democracy. Our families and friends inside Iran do so every day. But we also emphasize that the benefit of operating in the West is, or should be, that we can advocate for freedom and democracy without threat of terrorism. It behoves the nations of Europe to consider what they are going to do to prevent future terror plots from harming both us, and their own citizens.”

While the Iranian Resistance has never called for foreign intervention, as change must come from within, the West does have a role to play in making the Iranian dissidents (and by extension West citizens) in their countries safe. They should start by expelling Iranian diplomats as they pose a clear and present danger to the Iranian dissents and all other citizens.

AFP: The United States will "do what has to...