Iran Threatens U.S., Is It out of Strenght? 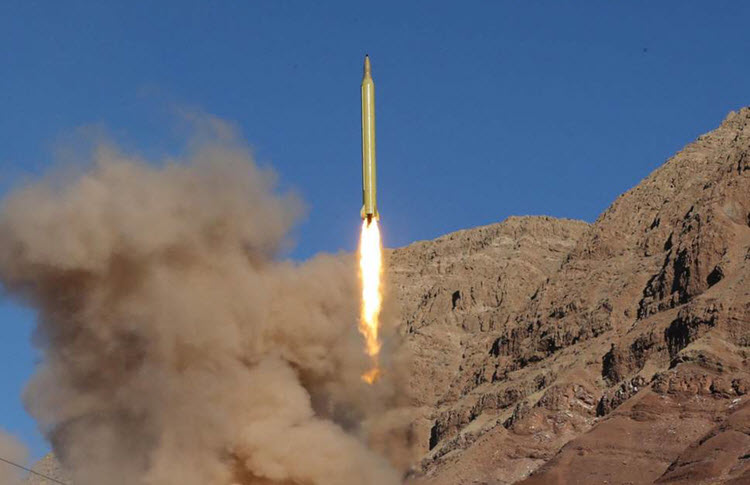 London, 17 Sep – A high-ranking official from Iran’s Revolutionary Guards Corps (IRGC) has dismissed the possibility of an American attack on Iran, claiming that Iran has the “upper hand” in the region.

Brigadier General Hossein Salami said on Friday, September 14: “The United States will be the loser of any war that it might initiate against Iran due to the preparedness of the country’s armed forces and lack of international support for such military action.”

in a speech in the northern province of Semnan, Salami said: “The option of war against the Islamic Republic of Iran is cancelled because the US has neither the [requisite] political conditions for a war nor an ally that would side with it.”

This echoes comments from Supreme Leader Ali Khamenei, who said that the chances for a US attack against Iran are “zero”, but that the Iranian military should be completely prepared for it to happen.

At a meeting with senior commanders and officials of the Air Defense Base in Tehran on Sunday, September 10, Khamenei said: “Political calculations show that there is no chance for a military war, yet the armed forces are needed to boost their equipment and human capabilities vigilantly and through an efficient and agile management.”

While two former IRGC commanders expanded on Khamenei’s comments by threatening US bases in the Middle East, with Secretary of the influential Expediency Council and former Chief-Commander of IRGC, Major General Mohsen Rezaei quoted as saying “fifty thousand U.S. forces are at the mercy of Iranian armed forces”.

Salami said that the US military wasn’t even capable of fighting Iran in a battle as they lack political means and international support and that any moves towards war would only boost Iran’s influence in the region.

Now, while the US is certainly not on track for war with Iran – because sanctions are actually working well – it is not for the reasons that the Regime cites. First, the US could fight Iran in a battle and win, even if they fought alone. That’s the power of the American military. Second, the US has many allies in the Middle East that would join them in a war against Iran, including Israel and Saudi Arabia, rather than take the side of a country that meddles so much in their affairs.

Iran has also threatened to close the strategic Strait of Hormuz, where roughly a fifth of the world’s oil is transported through, if US sanctions against Iranian oil come into place, but US military commanders have vowed to keep it open and they will do.

Iran’s current comments are no more than the desperate attempts of a failing Regime to appear strong. They will back down once any sort of firmness is shown to them, rather than the failed appeasement policy.