Will Syria Ever Be Able to Get Rid of Iran? 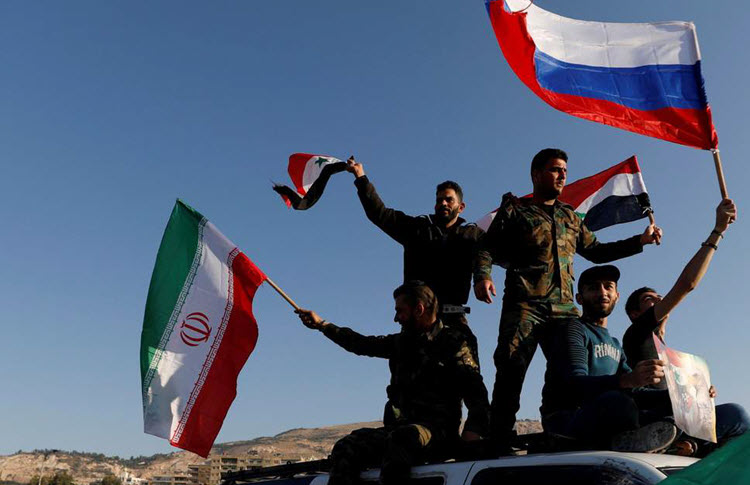 London, 24 Oct – Following his summit meeting in Helsinki with Russian President Vladimir Putin earlier this year, U.S. President Donald Trump claimed that Russia and the United States agree on the importance of expelling Iran from Syria. However, this may have been a slightly exaggerated claim because Sergey Lavrov, the Russian Foreign Minister, has been talking extensively about Iran’s enduring presence in Syria as something that will not change in the immediate future.

Iran has been interfering and meddling in Syria since the beginning of the civil war in 2011. Iran has sent a large number of troops to the country and it successfully propped up Syrian President Bashar al Assad. If Iran had not intervened in Syria, it is certain that the civil war would have ended a long time ago.

However, Assad and Iran have a history that goes back much further than the beginning of the civil war in 2011.

In 2005, Assad was the first world leader to visit Iran to personally congratulate Iranian President Mahmoud Ahmadinejad when he won the election. The following year, President Ahmadinejad was then welcomed to Syria by Assad for a two-day official visit.

Hafez al Assad, Bashar al Assad’s father and former President of Syria, also had strong ties with the Islamic Republic of Iran. Hafez al Assad was one of the first heads of state to congratulate Khomeini for his coming to power after the 1979 revolution in Iran. Since then, the leader of Iran and the leaders of Syria have had much in common – their rule over the Shia community, their hatred of the United States and Israel and their animosity towards Sunni Muslims in the Middle East.

In more recent times, Iran (and later Russia) has helped President Assad in his bloody campaign that has resulted in the displacement of six million Syrians inside the country’s borders and another five million that have been displaced abroad. They have supported the Syrian dictators’ crimes against humanity including many chemical attacks that happened even after Assad had put his signature on the International Chemical Weapons Convention (CWC).

Russia became involved in the Syrian civil war in 2015, by which time Iran had become well and truly entrenched. The defence minister of Iran has been travelling to Syria and it is said that he recently signed a security agreement that strengthens the bilateral strategic partnership between the two countries. And of course, we must not forget the billions of dollars that Iran allocated to Syria every year. This is set to increase further.

Iran is the number one obstacle for the Syrian people who want to get on with their lives and put the past seven and a half years behind them.

Los Angeles Times: Some time in the coming months,...

Tower Magazine: Observers have become increasingly vocal in condemning what...