Iran’s Anti- Semitic Comments Are Attacked Around the World 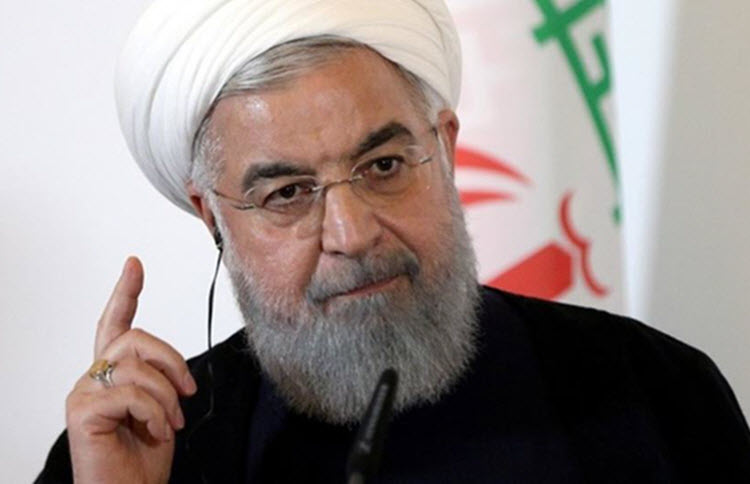 London, 26 Nov – Iran has faced international condemnation for likening Israel to a “cancerous tumour”, which has led many leaders around the world to criticize Iranian President Hassan Rouhani for making anti-Semitic remarks.

On Saturday, Rouhani called Israel a “cancerous tumour” in the Middle East during a speech.

He said: “One of the ominous results of World War Two was the formation of a cancerous tumour in the region.”

These comments were quickly and through condemned by the international community.

One anonymous spokesperson for the EU said: “President Rouhani’s remarks bringing into question Israel’s legitimacy is totally unacceptable. They are also incompatible with the need to address international disputes through dialogue and international law. The European Union reiterates its fundamental commitment to the security of Israel, including with regard to current and emerging threats in the region.”

While Austrian Chancellor Sebastian Kurz branded the comments anti-Semitic in a tweet.

He said: “I strongly condemn the recent unacceptable statements by President Rouhani relating to Israel. It is absolutely unacceptable when Israel’s right to exist is questioned or Israel’s destruction is being urged. Because of our historical responsibility, the decisive combat against all forms of anti-Semitism and the support for Israel is especially important to us. For Austria, Israel’s security is non-negotiable.”

Of course, Rouhani’s anti-Israel comments did not end there. Instead, he called on Iran’s regional rival Saudi Arabia, even referring to them as “brothers”, to join Iran and other Muslim majority nations in their fight against Israel. He then said that a friendship between Iran and Saudi Arabia would not require a “$450 billion arms deal”, which is a clear reference to the arms deal between the US and Saudi Arabia.

This anti-Israel rhetoric from Rouhani echoes comments from Iran’s Supreme Leader Ayatollah Ali Khamenei, who constantly refers to Israel as a “cancer” that needs to be removed. Khamenei has also labelled Israel “barbaric”, “infanticidal”, and the “sinister, unclean rabid dog of the region”.

Israel sees Iran, which is run by a right-wing Shiite Muslim theocracy, as the main threat to its existence, and has tried to combat the threat by normalising its relationship with Sunni Arab majority countries like Jordan, Oman and Saudi Arabia.

The US believes that in order to find a solution to the Palestinian-Israeli conflict, Middle Eastern countries need to recognise Israel as a state. Iran supports the terrorist group Hamas and will not support any peace process deal.

We Must End Iran’s Control in Lebanon