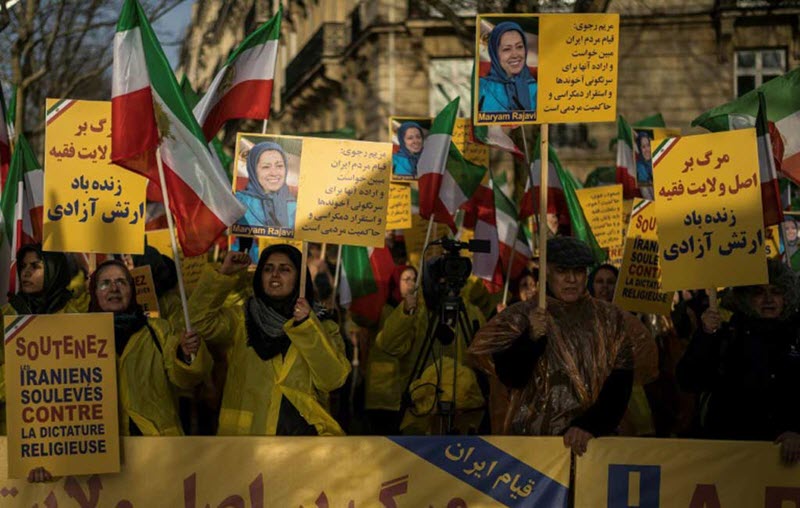 London, 9 Jan – Two natives of Iran, identified as Assadollah Asadi and Saeid Hashemi Moghadam, and the Directorate for Internal Security of the Iranian Ministry for Intelligence and Security and of individuals, an Iranian intelligence service, have been sanction by the European Union. According to a document seen by Bloomberg News, because of their involvement in an alleged bomb plot in France, the EU froze their assets on Tuesday.

The intelligence unit and the two individuals were involved in a planned bombing of an Iranian opposition group at a meeting near Paris in June, said the French government. The sanctions mirror the ones already imposed by France, and will be published in the EU Official Journal on Wednesday.

In October, accusations emerged about Tehran’s involvement in an attempted an assassination in Denmark. The case is still being investigated, and has raised concerns regarding other Iranian terror plots on European soil.

Iran’s involvement in the murder of two dissidents on Dutch soil was cited by the Netherlands as part of the reason that the EU was hitting Tehran with sanctions.

In a letter to parliament signed by Foreign Minister Stef Blok and Dutch Interior Minister Kajsa Ollongren, they wrote that “partly at the recommendation of the Netherlands” the EU had agreed to impose fresh sanctions on Iran. The ministers said that the Dutch secret service “has strong indications that Iran was involved in the assassinations of two Dutch nationals of Iranian origin in Almere 2015 and in The Hague in 2017.” They added, “These individuals were opponents of the mullahs. The Netherlands considers it probable that Iran had a hand in the preparation or commissioning of assassinations and attacks on EU territory.”

Danish Prime Minister Lars Lokke Rasmussen confirmed that the European Union has agreed on new sanctions targeting the Iranian Intelligence and Security Ministry and two Iranian nationals. As well, in a Twitter post on Tuesday, Rasmussen said, “Very encouraging that EU has just agreed on new targeted sanctions against Iran in response to hostile activities and plots being planned and perpetrated in Europe, including Denmark.” His tweet was posted after general-affairs ministers from the 28-nation bloc endorsed the penalties in Brussels. “EU stands united — such actions are unacceptable and must have consequences,” he added.

Meanwhile, Tehran protested the expulsion of the two diplomats as an “unfriendly and destructive move” and threatened to retaliate. This puts Europe in a tough position, because while it seeks to halt global terrorism, it also wants to reward Iran for upholding the landmark The Joint Comprehensive Plan of Action (JCPOA) international agreement to prevent the country from developing nuclear weapons. After U.S. President Trump exited the accord and reimposed sanctions on Iran, the EU has continued to try to keep the deal alive.