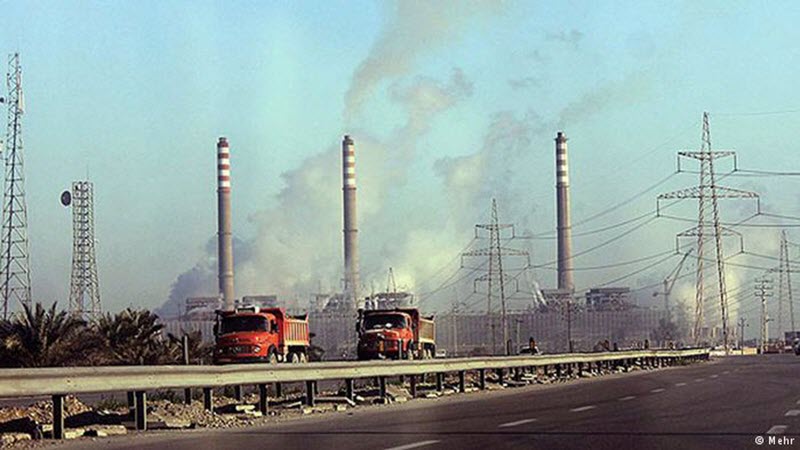 London, 9 Jan – A gas flare is a device that is used to burn off flammable gas that accumulates during oil and gas production. Iran flares a large percentage of the natural gas that comes from its oil production – more than 65% – because it does not have the means or the technology to collect it.

Iran used to release official reports and figures about the country’s gas flare levels, but it stopped this practice in 2015. However, the Planning and Budget Organization has indicated that the levels have increased dramatically. The figure for last year amounts to 17.7 billion cubic meters (bcm). It also said that the goal was for it to be around the 11 bcm mark, so it went massively over. The figure for 2016 was 15.7 bcm of gas flaring volume, so the trend is on the increase.

The oil minister of Iran, Bijan Namdar Zanganeh, said in 2017 that the country would need an investment of $5 billion before it could realistically decrease its levels.

Iran has failed to develop its liquefied gas plants, meaning that it is missing out on bringing in billions that it could have obtained from selling to other countries in the region including Turkey and Iraq.

Iran’s handling of environmental issues is of great concern. It is one of the worst countries for air quality (which is made worse by flaring) and there are tens of thousands of people that die in the country ever year because of effects of air pollution. Gas flaring is a major problem in the global climate change issue and again, Iran is one of the countries that burns off the most gases. The only two countries that burn more than Iran are Iraq and Russia.

Iran is unable to deal with many serious domestic issues, in a large part because of its interference abroad and because of the consequences of the mismanagement of the country’s economy and wealth.

Iran has a great deal of natural resources but many are being destroyed by the corrupt leadership. Environmentalists – both inside and outside the country – have warned that Iran is precipitating irreversible damage.

Many people are also suffering the consequences because water supplies are being redirected away from communities towards interests of the mullahs – destroying lives and livelihoods.

Unfortunately, instead of listening to the concerns made by experts, the government is threatening, arresting and detaining environmentalists, while at the same time denying that problems exist. Or even worse, blaming the situation on foreign powers and enemies.

Unable to deal with any of the domestic issues in the correct manner, it seems like Mullahs are heading towards the end of the road.

In a bipartisan initiative, 113 members of the U.S. House...

AFP: Iran on Sunday denounced what it called Pakistan's inability...