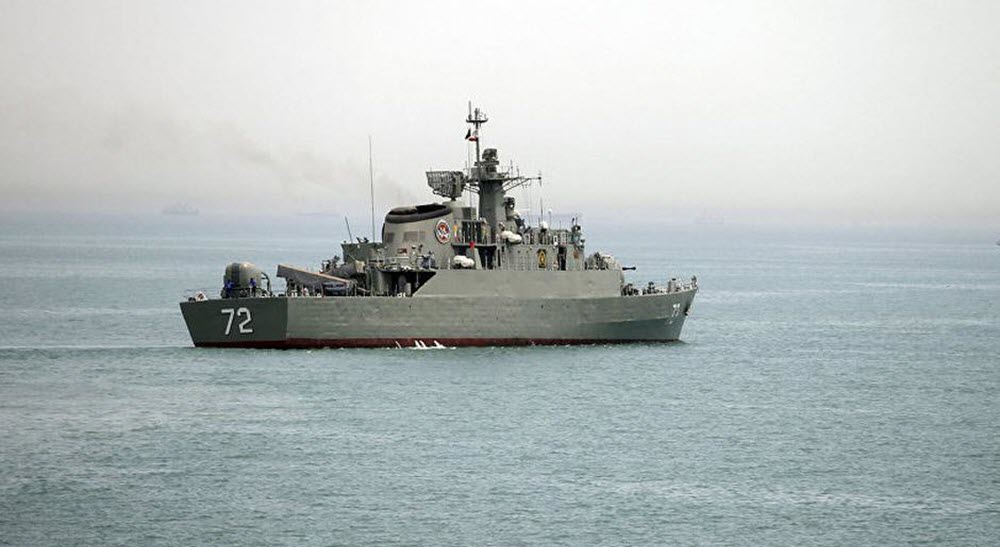 On Monday, Business Insider reported upon Iran’s supposed plans to deploy warships to the Atlantic Ocean in an effort to counter American power following the arrival of a US aircraft carrier in the Persian Gulf. Last month, the head of the Iran’s naval forces declared that Tehran would not tolerate the presence of such a vessel in international shipping lanes near Iran’s shores. But of course there is little that the Iranian military or the Iranian Revolutionary Guard Corps can do to repel the more sophisticated vessels of the US Navy.

The IRGC maintains a supply of fast-attack boats and has promoted “swarm” tactics as a means of supposedly overwhelming large American warships. In addition to demonstrating these tactics through war games, the IRGC has also dispatched some of its boats to shadow ships that were transiting the Persian Gulf. However, even after approaching at high rates of speed and coming dangerously close to American targets, these boats have inevitably withdrawn, sometimes in response to warning shots fired into the water.

As these incidents have recurred but have avoided escalation, they arguably betray the fact that their main function for the Iranian regime is propaganda, specifically the promotion of a narrative in which the Islamic Republic is capable of standing toe-to-toe with a global superpower. This same role is presumably filled by the announcement of Tehran’s intention to send ships into the Atlantic or – as Iran’s deputy naval commander Touraj Hassani suggested in December – to the coast of Venezuela.

Hassani’s remarks to this effect came in the context of the unveiling of what was billed as a domestically-produced naval destroyer equipped with stealth technology. As with virtually all such unveilings, Tehran’s claims about its own military technology could not be independently verified. What’s more, those claims are dubious in light of fabrications involving a number of previous claims of technological advancement.

With this in mind, Business Insider concluded its reporting by saying, “Whether or not Iran will, or even can, send warships into the Atlantic remains debatable.”

Nevertheless, military propaganda and contrived demonstrations of force are all but certain to continue flowing from the Islamic Republic amidst the escalating war of words between Tehran and Washington. Much of the regime’s boastful commentary has focused on its supposed naval capabilities in recent weeks, and even if this commentary is not backed up with action in the Atlantic, it may influence the public perception of Tehran’s efforts to expand its security relations with allies and fellow adversaries of Western powers.

Toward that end, the Iranian navy will be participating in war games with Russia in the Caspian Sea at an as-yet undetermined time in the near future. Reuters notes that previous such drills were carried out in both 2015 and 2017, and that that the forthcoming exercises reflect a declared Russian commitment to deepening ties. In addition, Reuters pointed out that Rear Admiral Hossein Khanzadi had framed the collaboration in terms of excluding more distant foreign powers from the area. “All countries around the Caspian have the same approach,” he said.

Iran and Russia have both been backing Syrian dictator Bashar al-Assad in that country’s eight-year civil war, and both may be inclined to extend their influence following US President Donald Trump’s announcement of the withdrawal of American troops from areas where they were supporting Kurdish forces and pro-democratic rebels. The announcement has generated a great deal of criticism within Western policy circles and even among Trump’s own officials. And as Bloomberg pointed out on Monday, one of the most common such criticisms is that the absence of American forces would effectively strengthen Iran.

To the extent that Iranian officials themselves see it this way, the pending withdrawal may be helping to embolden their rhetoric as it relates to naval deployments and other means of expanding Tehran’s influence. In addition to threatening to send warships into the Atlantic, the regime has recently made the more credible claim that it will by no means follow suit with the US in limiting its presence in Syria.

On Monday, the Iranian state media outlet Fars News Agency quoted Defense Minister Amir Hatami as saying, “The Syrian nation has fended off a major threat posed to the nation and the region by fighting against terrorism and we will accompany Syria until final victory as we have been standing beside the Syrian nation so far.”

Such commentary underscores the criticism meted out to the Trump administration by those Western experts who believe Iran will see an American draw-down as license to step up its own efforts. But even granting that this is how Tehran perceives the situation, US Secretary of State Mike Pompeo is reportedly confident that that perception will only be short lived.

This was the essential message of an opinion piece by Eli Lake, published in Bloomberg on Monday and based on Lake’s direct communications with Pompeo. According to the piece, the withdrawal of US military forces does not equate to the abandonment of President Trump’s previously-declared commitment to countering Iran in Syria and in the Middle East more generally. “That campaign hasn’t changed one lick,” Pompeo said. “A component of that is being altered, the reduction of the forces in Syria is being changed, but the mission set hasn’t changed a bit.”

The Secretary of State did not elaborate on the other components of the strategy that would either remain in place or intensify. But his conversation with Lake took place just ahead of a tour of the Middle East, during which Pompeo can be expected to reassure regional allies about the withdrawal plans and explain the other mechanisms by which the US plans to help Iran’s enemies to prevent the clerical regime from establishing a deeper foothold in the Middle East and in global affairs as a whole.