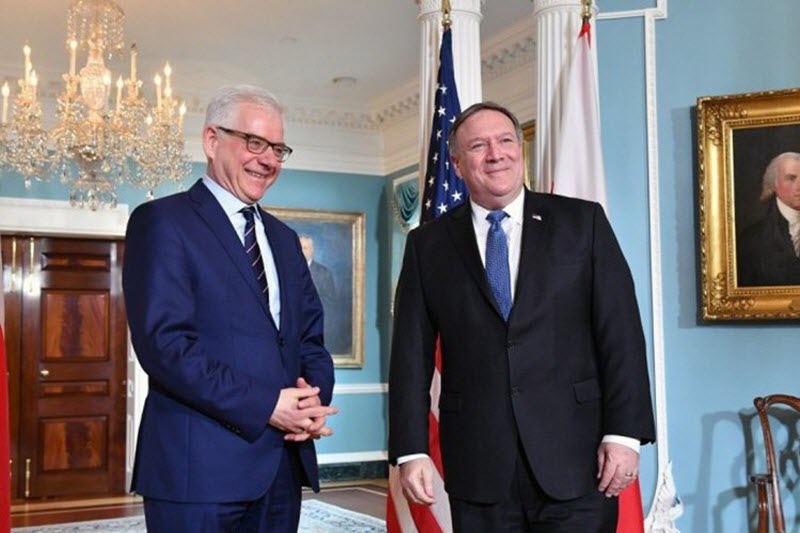 London, 30 Jan – Iran is openly furious about an international conference on peace in the Middle East set to take place in Poland next month, with officials regarding it as a hostile act and even summoning a Polish diplomat to the Foreign Ministry in order to protest it.

Still many Iranian officials and heads of Friday prayers have attempted to downplay the importance of the conference, which Iran has not been invited to, but what is clear from their comments is the underlying fear that this conference could result in a coalition against the regime’s terrorism and regional meddling.

Iran’s former ambassador to Italy, Seyed Mohammad Ali Hosseini wrote: “The Trump team is contemplating a renewal and strengthening of its coalition, centred on hostility with the Islamic Republic. The Poland summit can be analyzed and evaluated in this regard.”

Tabriz Friday prayer leader Mohammad Ali Al Hashem called the US and its allies “arrogant” for attempting to take action against Iran’s missile programme in order to stop provocative actions by Iran and Syria, while a senior member of Iran’s Parliament Alaeddin Boroujerdi said this amounted to “Iran-phobia”

While Fars Friday prayers leader Talebi explained exactly why the US would target Iran. He said that the US is trying to show that Iran is “seeking to produce weapons of mass destruction, [ballistic] missiles with nuclear warhead capabilities”, “support[s] terrorism, cause[s] insecurity in the region, interfere[s] in the affairs of other [countries], threaten[s] Israel, ignore[s] women’s rights and eliminate[s] political freedoms”.

The US-organised conference, which is aimed at promoting a peaceful, secure Middle East and addressing “Iran’s destructive policies in the region”, will feature ministers from across the globe, including the UK’s Foreign Secretary Jeremy Hunt, and take place just days after the Iranian dictatorship reaches its 40th anniversary. It seems likely that this summit, part of the US’s “maximum pressure campaign” against the Mullahs, could draw further international confrontations against Iran.

Iranian lawmaker Heshmatollah Falahat-Pisheh claimed that the Warsaw summit would be “overshadowed” by the “millions” of Iranians attending the anniversary rally, but in reality, ordinary Iranians often boycott those events. The only attendees are school students and government employees who are forced to take part.

The summit is a turning point against Iran’s policies of regional destruction, but it is also the first time that the US has sided with the people of Iran, who dream of freedom and democracy, rather than the ruling dictatorship. Thanks to this new US policy, the international community increasingly supports the Iranian people’s cry for freedom.