Iran Threatens Retaliation If US Designates IRGC as a Terror Group 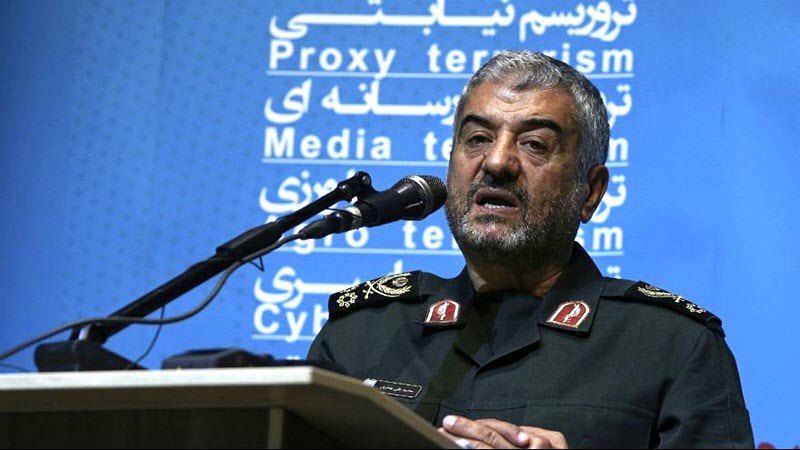 London, 08 April – Islamic Revolution Guards Corps (IRGC) Chief Commander Major General Mohammad Ali Jafari threatened US forces in western Asia on Sunday, saying that if the US designates the IRGC as a terrorist organization then those troops would “lose peace and quiet”.

Jafari said: “If the US takes this step and endangers our national security we will take reciprocal measures, based on the policies of the Islamic Republic.”

This is believed to be in response to a Reuters report on April 5, which revealed that three US officials have said that the US is “expected to designate Iran’s elite Revolution Guards Corps, a foreign terrorist organization”. The move, which has been rumoured for years, could be announced as early as April 8.

Jafari said that the IRGC would reciprocate against US military forces and intelligence personnel in the Middle East if the designation goes ahead. While he has not said what action he would take, the most likely option is targeting American forces based in Iraq, where the IRGC has financed, trained, and armed Iraqi Shi’ite militia.

While Iranian Foreign Minister Javad Zarif warned the US of “disaster” and 255 members of the Iranian parliament threatened to designate the US military as a terrorist group if they took this “unwise decision”.

In a statement, lawmakers wrote: “We will answer any action taken against this force with a reciprocal action. So the leaders of America, who themselves are the creators and supporters of terrorists in the [Middle East] region, will regret this inappropriate and idiotic action.”

The chair of the influential Commission of National Security and Foreign Policy, Heshmatollah Falahatpisheh compared this to how the IRGC treats ISIS, but we know that Iran has tracked money to ISIS and other Sunni terror groups in the past and has close ties to its leadership.

The change is believed to be advocated for by US Secretary of State Mike Pompeo as part of the US’s “maximum pressure” campaign against Iran.

Of course, the US has been making moves towards adding the IRGC to its list of international terrorist organizations since Donald Trump withdrew from the Joint Comprehensive Plan of Action (JCPOA) in May 2018 and reimposed sanctions on the Regime.

The Regime is terrified of this and President Hassan Rouhani has previously warned the US that it would be a grave mistake.

The US has already blacklisted dozens of entities and individuals for their affiliation with the IRGC, but not the organization itself.

US sanctions bill on Iran in ‘weeks’: top lawmaker

AFP: The US Congress could send President Barack Obama...