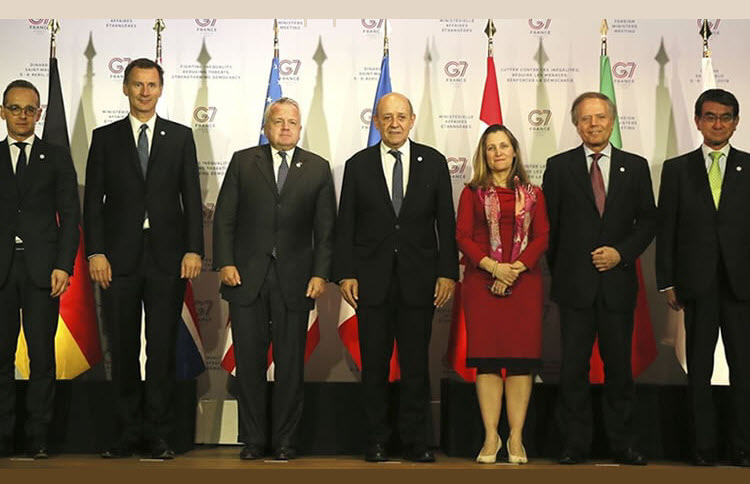 At the end of their meeting in France, the G7 Foreign Ministers issued a final joint communique, insisting on their deep concern over Iran’s “continuing support for terrorist organizations and armed militias.”

At the end of their meeting in St. Malo held on 5th and 6th of April, in their communique, the G7 countries said they are determined to prevent Iran from reaching a nuclear weapon and asked UN member states to make voluntary contributions to the IAEA to ensure it has the resources necessary to fulfill this vital role.

In their communique, they said the ballistic missiles of Iran are inconsistent with UN Security Council resolutions.

They said: “We call on Iran to contribute more actively to reducing tensions in Yemen, to halt its military, financial and political support to certain non-state actors in countries such as Lebanon and Syria, to implement all relevant UNSCRs”.

In their statement they urged Iran “to refrain from any action that could harm regional security and to contribute to efforts to achieve peaceful political solutions”.

The G7 Countries also urged Iran to abide by the international treaties to which it is a party and to fully respect human rights and fundamental freedoms.

DPA: Iran and the European Union trio of Germany,...