May 1 Press Briefing to Expose Iran’s Emissaries of Terror 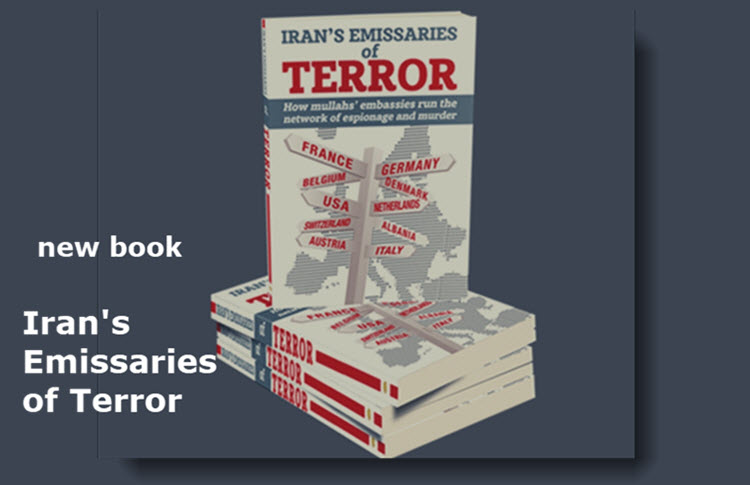 Iran’s main opposition coalition plans to release a new book next week detailing the role of Iran’s embassies in running a network of espionage and murder.

The U.S. Representative Office of the National Council of Resistance of Iran (NCRI-US) will hold a press briefing on 1 May to release the new book, ‘Iran’s Emissaries of Terror‘.

The briefing will highlight the role detailed in the book of Iran’s Ministry of Intelligence and Security (MOIS) and Ministry of Foreign Affairs in hatching and conducting terror operations, particularly against Iranian dissidents in the United States and Europe.

The book details the decision-making process for such terror operations, the role of the Supreme Leader Ali Khamenei, the agencies involved, the coordination process, and the cover-up for these terrorist operations.

Year 2018 witnessed a sharp surge in Tehran’s terror plots on Western soil, from the United States to France and Albania. An Iranian regime “diplomat” is currently in jail in Belgium, five such “diplomats” were expelled by European nations, and several other MOIS agents, including two in the United States, are imprisoned, all for terrorism and espionage charges.

The escalation of terrorist acts in 2018 targeting the People’s Mojahedin Organization of Iran (PMOI), also known as Mujahedin-e-Khalq-Iran (MEK), and the NCRI, is directly linked to the MEK’s role in the broad-based revolt in Iran’s streets, NCRIUS said in a press release.

The briefing will also discuss the nexus between the MOIS and the Islamic Revolutionary Guard Corps (IRGC), underscoring the imperative of designating the MOIS as a Foreign Terrorist Organization.

Alireza Jafarzadeh, the NCRIUS Deputy Director, will speak at the briefing.

AP: The Obama administration moved Thursday to head off...