Iran Must De-Escalate Tensions With US 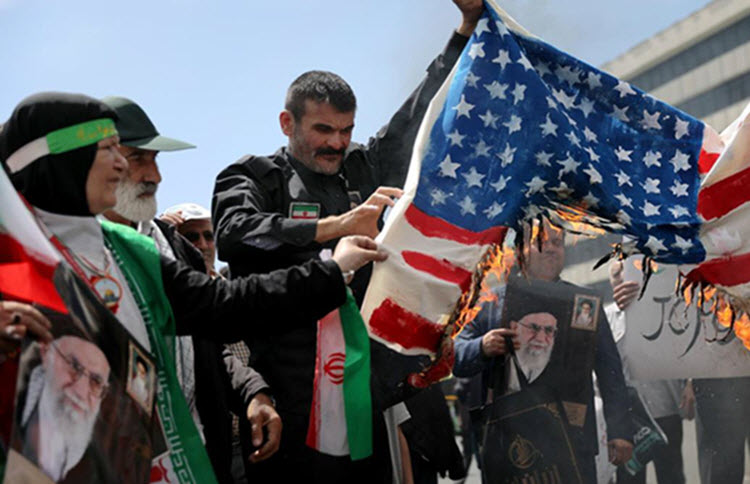 The buildup of tensions between the US and Iran are reaching their peak, as American lawmaker, Representative Michael McCaul, ranking Republican on the House Foreign Affairs Committee has pointed out.

McCaul refers to recent intelligence regarding Iran’s threat to US interests in the Middle East, that he says was extremely detailed. He told USA Today, “To the extent I can discuss it, it was human intelligence.” He added, “One of the Hezbollah cells is known for its kidnapping and killing operations, and their directive was to go in and kill and kidnap American soldiers.”

The State Department, in light of these threats, has ordered all “non-emergency” personnel to leave Iraq immediately. Following suit, Bahrain’s Foreign Ministry also ordered its citizens to leave Iraq.

As well, the US has deployed an aircraft carrier, along with B-52 bombers and other military forces, to the Middle East. US President Trump warned the Iranian leaders that, if they threatened the US, Tehran would meet its “official end.”

Dr. Majid Rafizadeh, Harvard-educated Iranian-American political scientist, who is also the president of the International American Council has discussed some of steps that the Iranian leaders can take to prevent the region from turning into a battlefield.

He believes that the first step would entail Tehran changing its policies regarding its militias and proxies and not order these groups to attack other nations and governments that Iran views as rivals. However, according to Dr. Rafizadeh, “instead of instructing its proxies to de-escalate tensions, Gen. Qassem Soleimani, the head of the Quds Force — the elite branch of the Islamic Revolutionary Guard Corps that is tasked with advancing Iran’s revolutionary and political interests in foreign nations — has told Iran-aligned Iraqi Shiite militias to ‘prepare for proxy war’.”

Tehran must also stop shipping advanced weaponries to its militia groups, says Dr. Rafizadeh. Iran has been increasing its efforts to ship advanced weaponry to its proxies, such as Hezbollah, reports have revealed. With their interference across the region, Iran’s terrorist and militant groups a key reason for the current heightened tensions.

Dr. Rafizadeh is concerned, because, “Such activities are provocative and further destabilize the region. By launching ballistic missiles, as well posting a stealth warship in the Gulf, Iran is further escalating tensions and appears to be seeking every opportunity to project its power in order to reassert its hegemony.

The Joint Comprehensive Plan of Action, which was reached between Iran and the P5+1 (China, France, Germany, Russia, the UK, and the US) had many flaws, including the sunset clauses that remove restrictions on Iran’s nuclear program when the agreement expires. And, although Iran’s officials claim the nuclear program is designed for peaceful purposes, clandestine nuclear activities continue to be revealed.

Tehran must actively join negotiations to legitimately remove the threat that its nuclear program poses to the region. This includes allowing the International Atomic Energy Agency (IAEA) to inspect its military bases, including Parchin, which is reportedly the core location where nuclear activities are conducted.

AFP: Iran and world powers embark Tuesday on the Herculean...