Tensions Between Russia and Iran in Syria 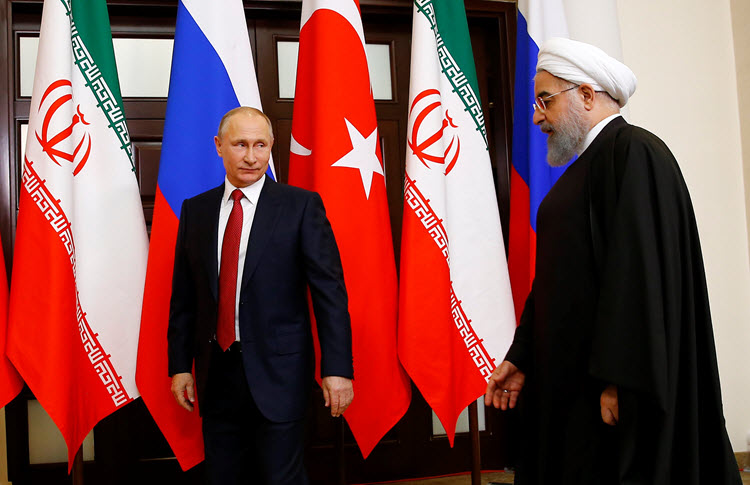 Iran has become quite isolated in the region because of its belligerence. It has been involved in some horrific conflicts and has spread chaos further and further afield.

It now seems that relations between Iran and Russia are starting to rapidly deteriorate. It has been reported that Russian military police carried out a raid on militiamen that are backed by Iran. The raid took place a week ago at the international airport in Aleppo, Syria.

Iran has been present in Syria since 2011 when the civil war kicked off. It has provided extensive support to Syrian president Bashar al Assad and his forces. Russia has also had a massive military presence in the country. Russia has been involved politically since 2011, but with direct military involvement since 2015.

Iran deployed huge numbers of fighters to Syria – from the Islamic Revolutionary Guard Corps (IRGC) as well as allied Shiite militias. Iran piled significant resources into Syria in the hope that it would one day pay off when it needed it.

However, Bashar al Assad’s forces are reclaiming large parts of the country that were seized by rebel fighters and Iran and Russia are starting to lock heads in their individual quests for influence in the country that has been destroyed by conflict.

As events in Syria develop, tensions between Iran and Russia continue to worsen. Iran is in a desperate situation because it cannot afford to lose out on the opportunity it believed it was creating for itself by pouring so many resources into the conflict.

The incident like the recent raid in Aleppo is just one in a series of similar incidents. Much of this is down to the Syrian military leaders that are not in agreement about how the situation in the country should involve.

Iran is after some important economic opportunities because it is under extreme economic pressure at the minute. The tough sanctions on Iran’s exports of oil mean that it is losing the biggest source of its revenue.

The U.S. State Department and President Donald Trump have made it very clear that Iran’s meddling in the region, including its meddling and interventions in Syria, and its funding of numerous proxy groups and militias, is why the United States is taking action. Secretary of State Mike Pompeo explicitly explained that the administration wants to cut Mullahs off from the funding that Iran uses on proxies and militias.

The people of Iran overwhelmingly want regime change. They too want the mullahs’ exploits across the region to end. They want peace and freedom, not bloodshed and oppression. The funds that Iran funnels to militias and proxies for terrorist activities are funds that are being taken away from the people and it is time that this changes.

Once the European leaders realise that they must take action like the United States, and most importantly stop appeasing Mullahs, the people will have the political support that will help them topple the clerical dictatorship.

Reuters: An Iranian media body banned on Monday the...