Iran and Hezbollah in an Economic Freefall 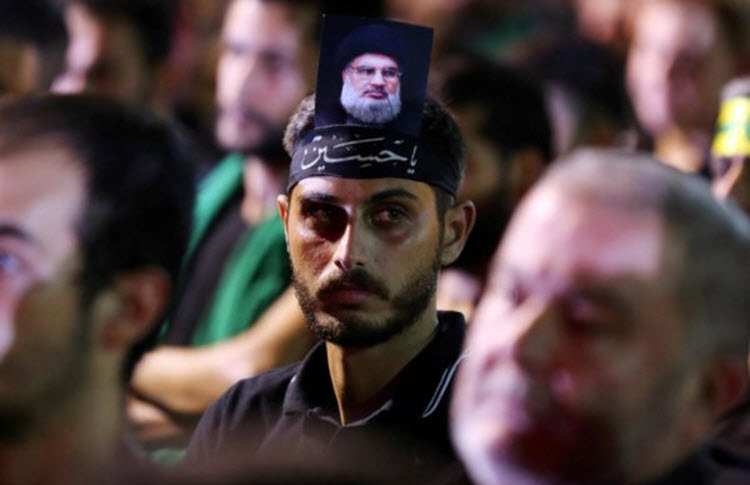 London, 26 May – The U.S. administration’s reestablished sanctions on Iran have started strong and are likely to become even stronger in the future. The US Treasury Department’s recent statement that the so-called “significant reduction waivers,” which allowed certain countries to continue buying Iranian oil in reduced quantities, were ended and that no new waivers were upcoming was a major positive development. The US terrorist designation of the Revolution Guards Corps, which in addition to their military activities control important segments of the Iranian economy, was another welcome step. The totality of US sanctions has been effective and has imposed heavy costs on Iran.

To be sure, further ratcheting up of US sanctions can be highly effective and should be undertaken. In this regard, blacklisting not just individual Iranian banks, but the totality of the Iranian banking sector would be the most powerful step. It is also possible for the US to bolster the existing shipping-related sanctions to apply to all vessels that carry cargo to and from Iran. While these steps may well be taken by Washington in the future, it is important for other countries concerned about Iran’s maligned activities to support US sanctions with strong efforts of their own.

With this in mind, key US Middle Eastern allies, with the GCC in the lead, can and should promptly impose Iran- and Hezbollah-related secondary sanctions. This approach would have several major benefits. First, it would be effective in intensifying the pressure on Iran by further squeezing the Iranian economy. From a purely economic perspective, GCC-driven sanctions would be particularly efficacious vis-à-vis those European and Asian companies that do a lot of business in the Gulf and the Middle East. Without a sufficient footprint in the US, such companies do not worry about US secondary sanctions. But if forced to choose between doing business with Iran and participating in the GCC economy, they are highly likely to opt for the latter.

The secondary sanctions process would also present a valuable opportunity to bankrupt Hezbollah, which would be both a symbolic and practical blow to Tehran. This is because Hezbollah is both a model utilized by Iranian foreign policy and a vital power projection tool for Tehran. Turning Hezbollah from an asset into a liability would be invaluable. The key element of Hezbollah’s focused portion of the secondary sanctions would be to have them apply not only to Hezbollah but to all Hezbollah-affiliated entities, such as the Amal Movement.

GCC-led sanctions would also have an important symbolic effect, helping to drive a wedge between the Iranian mercantile class – the Bazar – and the mullahs. In this regard, the fact that the sanctions have thus far been multilateral but now include key Middle Eastern powers would underscore the isolation of Iran.

In addition to imposing secondary sanctions of its own, the GCC should consider participating in the sanctions enforcement efforts. These should be focused on companies and entities that are engaged in sanctions-busting activities. Turkish or Qatari companies that have so far largely escaped punishment for Iranian sanction violations would be particularly promising targets.

Having the GCC lead in this area, both by adopting secondary sanctions of its own and participating in the sanctions enforcement efforts, would be greatly beneficial. It would enhance the efficacy of the currently existing sanctions-related efforts and manifest a united front against Tehran. This overall strategy would help cement the alliance between GCC countries and the US, while also serving as a powerful rebuke to the European countries that have chosen to side with Iran. Overall, it would also demonstrate that GCC countries are practicing a 21st century level of sophisticated diplomatic and economic statecraft.

Iran warns the West: ignore us at your peril

The Guardian: Iran warned the west yesterday that attempts...

Reuters: The United States intends to introduce a U.N....