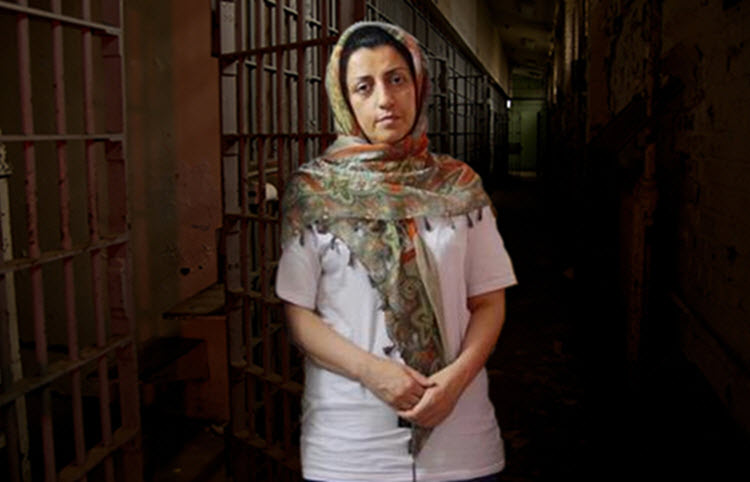 Mohammadi, who is serving 16 years for her human rights activism, wrote: “[You have] repeatedly claimed that the Judiciary is an independent institution. However, such claims do not match reality. They are only deceitful words that make a mockery of justice when a judicial system detains, convicts and punishes people according to the biased and malicious opinions of security-military agencies and denies prisoners their legal rights.”

Many political prisoners have been spent years behind bars for peacefully exercising their rights under Iranian and International law. They are the victims of a corrupt system that is rife with abuses (as documented by the UN and many international human rights organizations) including:

• detaining people for an extended period without charge

• subjecting the accused (and their families) to intimidation and coercion

This letter showcases the realities of life for human rights defenders and political activists who are unlawfully imprisoned in Iran and highlights why Mohammadi and all political prisoners in Iran should be released immediately.

Some of the other current political prisoners in Iran are:

• Atena Daemi, 29, who is serving seven years for meeting the families of political prisoners and criticizing the policies of the Iranian Regime

• Reza Shahabi, 45, a board member of the Union of Workers of the Tehran and Suburbs Bus Company, who is serving six years for advocating for workers’ rights

• Arash Sadeghi, 36, who is serving 19 years for student activism

• Saeed Shirzad, 28, who is serving five years for helping children of political prisoners get an education

When the administration of President Hassan Rouhani has been questioned on political prisoners, it deflects responsibility by claiming that the Judiciary is independent, but the Judiciary demonstrates no independence from Iran’s security organizations.

The judges assigned to political cases will often force defendants to hire Regime-approved lawyers, repeat “word for word” what was told to the prisoners by the interrogators, and refuse to intervene in any criminal activity by the security agencies.

These people are only imprisoned for exercising rights protected in the so-called Citizen Rights Charter and they should be released immediately.