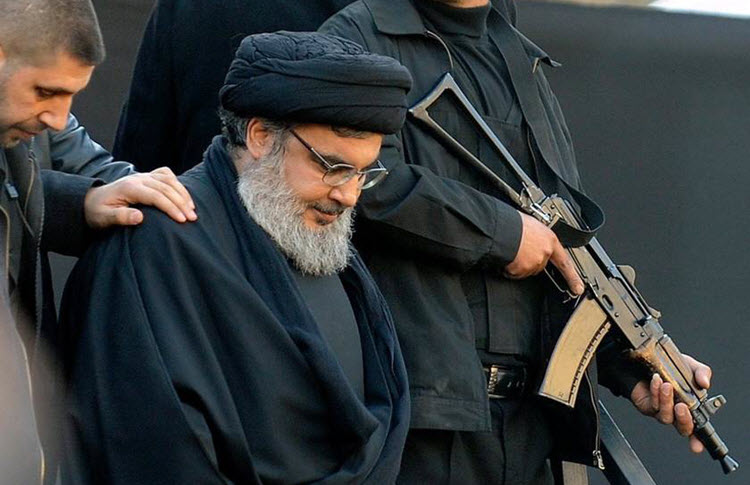 In early November, the sanctions reimposed by the US targeted Iran’s oil revenue. They aimed to cut Iran’s exports down to zero. Previously, the US had granted temporary import waivers to China, India, Greece, Italy, Taiwan, Japan, Turkey and South Korea to ensure low oil prices and no disruption to the global oil market. The waivers were not renewed when they expired.

The sanctions have forced Tehran to cut funding for its Lebanese proxy organization, Hezollah. Now the group is facing a terrible economic crisis because Hezbollah’s annual income comes from Iran, and is said to be around $700 million. That income came mostly from Iranian oil revenue. Now, it will likely stop. Already, the monthly air shipments of cash from Tehran are reported to have been cut in half.

Adding to Hezbollah’s problems is that the organization itself is now sanctioned by the U.S. Now their financial transactions are under strict scrutiny, and all their bank accounts and fundraising are being monitored.

Last month, for the first time, Hassan Nasrallah, the group’s leader, appealed for donations in a public address to members and supporters. “Support for the Resistance” was set up in Lebanon to raise badly needed capital for Hezbollah.

Since its inception 36 years ago, and also for the first time, Hezbollah must cut the salaries of its fighters. For the past three months, many soldiers have been receiving just two-thirds of their usual pay. As well, half of all reserve fighters have been let go.

It’s also been reported that Hezbollah has been selling off property. In the southern Beirut stronghold of Dahia and in the Beqaa Valley city of Baalbek, many apartments have been sold. Some services provided to fighters and their families have also been halted.

After years of fighting for Bashar Assad in Syria, another Iranian ally, the organization is feeling the cost, both in money and in lives. An estimated 2,000 fighters were killed in Syria, and their families have been given financial aid by Hezbollah, as have the families of those killed in confrontations with Israeli forces. That aid has been reduced now, too.

Hezbollah’s cable television network, Al Manar, and its radio station, A Nur, have both also laid off staff and cut pay.

America’s financial offensive is against Iran, Syria, and Hezbollah.

Regarding Syria, Assad’s regime has been under sanctions since 2011. The EU considers him a war criminal, and has joined in with their own sanctions. Syrian business leaders close to the regime have been black-listed and are unable to raise cash.

As far as Iran’s economy goes, the Iranian people want Downfall of Mullahs, and for them, the sanctions are working. They believe that the oil money has been plundered by the Mullahs for 40 years, anyway, as the Iranian people have never seemed to profit from it.

The Trump administration is promoting the “Deal of the Century” and their offensive is financial. And Hezbollah’s purse strings are tightening. The “Deal of the Century” itself may not have the same amount of regional support as efforts to break Hezbollah, but for now, any Hezbollah offensive against Israel on the Golan Heights will likely be put on hold, as the group hasn’t the money to fund it.